The World of Warcraft Midsummer Fire Festival finished up this past weekend leaving behind a couple stacks of burning blossoms in my bag.

Fortunately my bag appears to be constructed out of something that can handle a few hundred burning blossoms.  Netherweave must be the Nomex of Azeroth.  Or the asbestos.

I am a bit bummed that I have that many blossoms left over.  You can’t do anything with them now.  The vendors have packed up and the bonfires have been taken down.  At least after Noblegarden you could still eat the leftover eggs.  At least until they went bad.

I was going to spend the remaining blossoms on items, but I was fooled by the calendar.

The calendar showed the festival going on through Sunday, July 5th, so I figured I had all weekend to get rid of the darn things.  I did not bother to mouse over the calendar until after the whole thing packed up and moved on.

There was a tool tip too late.

Now if I were running the show, I might have shown the festival ending on Saturday and ignored the slosh over into Sunday morning.  After all, 4 am Sunday morning has counted as Saturday night enough times in my life.

Still, I can’t be mad.  The festival was good to me.  While I had to restrain the main character, lest he bolt too far ahead in experience, chasing Flamewardens and bonfires was worth a dozen levels or more spread amongst my alts.

I got the silly outfit. 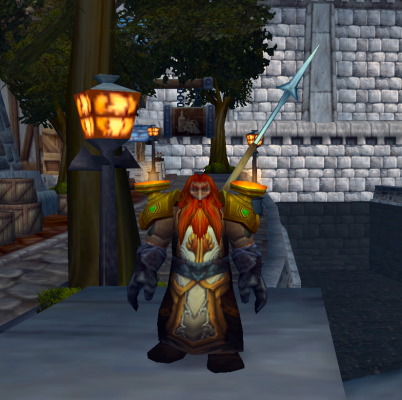 Shoulder pads are in this Summer!

I bought the flame pet. 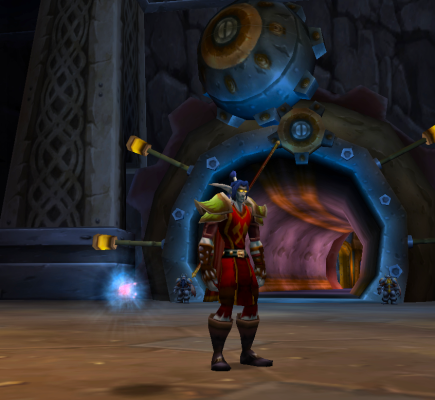 And I got the flame dancer thing. 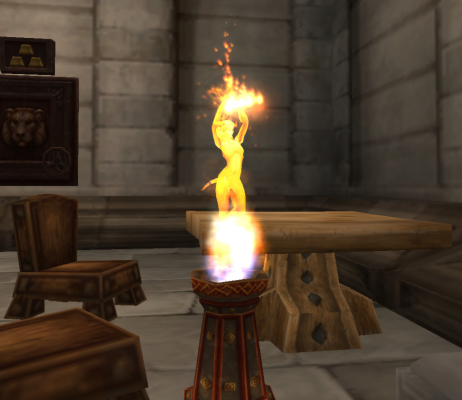 Gonna mount this on my dashboard

And I even got a few of the achievements, though I did not go for the Flamewarden title.  I was too busy running my alts around Azeroth collecting experience, cash, and flight points.  I managed to sneak some level 40-ish characters into places pretty dangerous for them, but having those flight points will pay off later I hope.

And so we bid farewell to the Midsummer Fire Festival.

As with real life, August is somewhat bare, but in September we get Brewfest!

By then Vikund will likely be level 80, so won’t have to worry about getting too much xp from the festivities.