I was trying to articulate the other week why I find Ancient Rome so interesting. 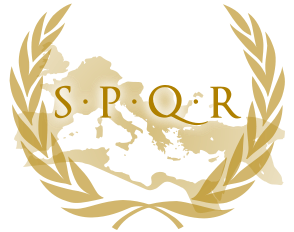 I just finished up the audio book version of Robert Harris’ Imperium, which follows the life of Marcus Tullius Cicero, and I loved it.  I grab audio books to listen to during my commute, but the ones I really like I end up listening to around the house.  Imperium was one of those.

But it wasn’t a stretch to imagine I would like it.

I have enjoyed the work of Robert Harris in the past, so another of his titles was a safe bet.

But more than that, they key to my enjoyment was the work being set in Rome.

Rome has a very strong track record with me.

Robert Graves‘ I, Claudius and Claudius the God were excellent. (Though I found the mini-series a little dry after the books.)

Colleen McCullough‘s Masters of Rome series was also quite good.

And even back in high school, in freshman English where we had to read Romeo and Juliet, Hamlet, and Julius Caesar aloud as a group in the class, Julius Caesar was many times more interesting (and comprehensible I suppose) that the other two as far as I was concerned.  (Hamlet only became interesting to me via Rosencrantz and Guildenstern Are Dead.)

I cannot put my finger on what I find Rome so fascinating, though I suspect it is the absence of Christianity as an overlay on events.  For example, I found the HBO series Rome to be hugely fun to watch, but Showtime’s The Tudors has been something of a yawn to me.  Despite there being some obvious parallels of court intrigue, the church and the spin that puts on everything dragged it down for me. (Though Sam Neill as Cardinal Wolsey was a high point in the whole dreary production.)

And with this interest in Rome, which has a peak for me in the times of Sulla to those of Nero, I find it odd that I have never really found a game based on Rome that has been able get the same sort of reaction from me.

Certainly Rome: Total War was interesting.  And I recall spending some time with Rome: Pathway to Power.  And there were a couple of others that I can visualize, but the titles escape me.  But not one would make my Top 10 games list.  Or my Top 25.

Which does not mean there is not a game out there that would feed my Roman desires.  Perhaps I have just not found it yet.

How about you?  Do you like Rome?  Is there a good game out there that you have played that delivers the Roman experience?