Doesn’t look all that fearsome, does he, standing around in the crafting hall at Esteldin? 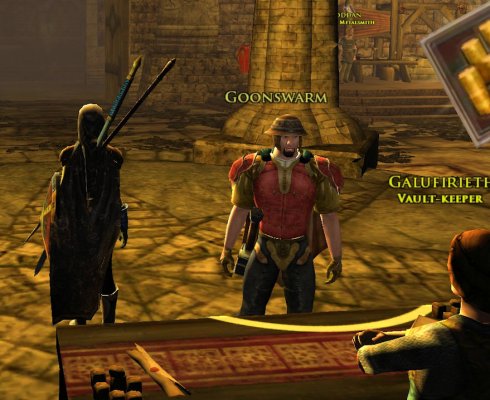 Is he looting the bank?

Still, what could he be thinking?  Is he planning to infiltrate us even now? 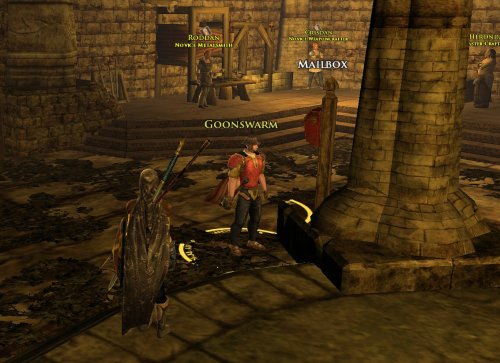 Some sort of mail fraud?

Not the most role play compatible name I’ve seen certainly.

He’ll probably disappear only to be replaced a short time later by a character name Goonwaffe due to political intrigue.

In the mean time, since they’ve done some music videos, do you think they’d cover my “Kill 10 Boars” idea?

Another friend and member of our guild who had been out of WoW for a while just went back to re-up to play with a friend, and was greeted by this: 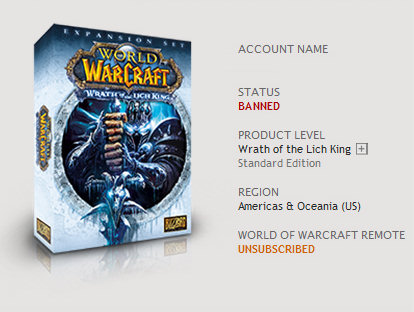 Somebody got his account information, somehow, and then used the account in such a way as to get it banned.

Unlike the last guild member who got hacked, this time the guild vault did not get looted.  Instead, it seems that they just used the account as a gold selling mule for a while… his characters were probably spamming gold seller URLs in chat for a while… until Blizzard turned off the switch on the account.

After an hour on hold, the Blizzard rep began the process of restoring the account.  The rep told my friend more than once that Blizzard is getting very good at restoring people’s accounts after such an event.  No doubt they get a lot of practice.

And my friend now has the phone version of the Blizzard Authenticator set up.

Another tale to remind people that, yes, this might happen to you.