There is an old joke that compares heaven and hell and how they are run:

Sunday afternoon Potshot and I were in LOTRO and he trotted out the idea of MMO heaven as:

Taking that, I swapped it around to come up with the idea of MMO hell:

Can you suggest other options?

Remember to make the joke, the MMO must fit in both in the heaven and hell category.

Maybe we can make a T-shirt out of it… though something easier to read than this one. 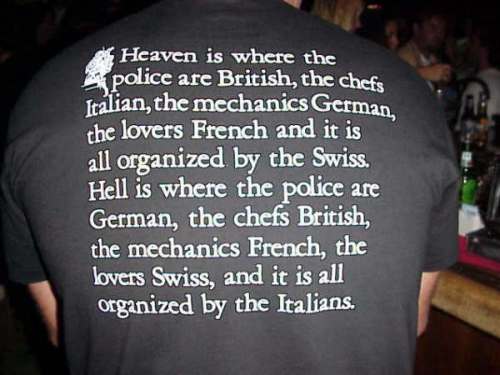 The old joke on a shirt