Because we’ll be hit by a cataclysm then. 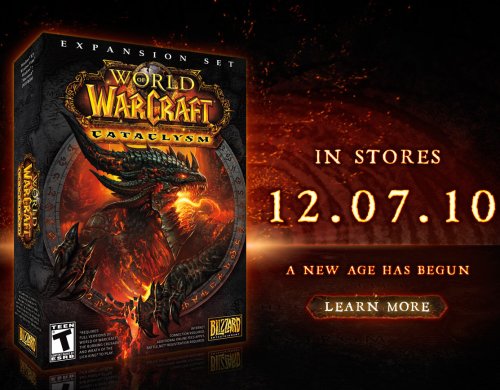 A date that will live in infamy…

The release date has been announced and as sure as I’ll get out of bed tomorrow, the instance group will be headed back to Azeroth when the cataclysm hits.

One member of the group, who has been out due to simultaneously moving and having a baby show up, has declared he is staying off-line until the expansion goes live just so he is hungry for the re-roll of Azeroth.

Of course, the big question is, what should our path be when the expansion hits.

Do we carry on with our original alliance group, now sitting fat, rich, and happy in Dalaran?

Do we get the horde characters, mid-way through the Burning Crusade, back on the road?

Or do we roll up a fresh group and experience the new starting areas, the new class changes, and the new feel of Old Azeroth?  And do we roll horde or alliance?

But Moria?  I fear Moria won’t be in the cards again this year.

At least not for the group, and I wanted to go in there as a group.

I could still sprint ahead with Silinus.  He’s level 40.  I could say I’ve at least been there.

But exploring Moria will probably have to wait.

Ah, Lord of the Rings, ever second fiddle to those magic workers at Blizzard.