The time has come to announce the winners of the EVE Online Screen Shot Contest.

The top two entrants will each win a PLEX, a 30 day Pilot License EXtension, which will give them 30 days of game time… or around 330 million ISK if they decide to sell the PLEX in-game.

Another group of entries will each earn 10 million ISK for submitting the best picture for a given list of categories.

About picking the winners

I had 112 pictures to choose from, entered by 26 individuals.

It was not easy to choose.   And the choosing was complicated by letting people enter five pictures, but then only allowing a single prize to go to any given person.  Some people sent me pictures that were contenders in five different categories.  Heck, you will see a few pictures that won that could easily have covered a couple of categories.  Conflicts in with people being in more than one category caused me to scrap the Rookie Ship category, as the people who were contending for that had winners in other categories.

In the end, once I picked a winner, all the other shots from that person had to be set aside.  So, aside from the two overall prizes, you might view the rest as the best picture that was qualified to win.

That said, there are some pretty awesome pictures on the list from a game that can really make you feel like you’re looking through a window into space.

Now on to the winners. 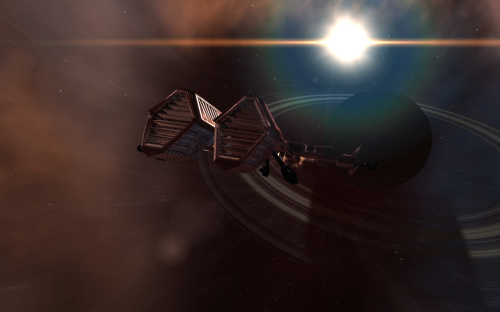 Best Picture Featuring a Planet or Moon (No Rings)

Lots of good planet shots, but this planet just jumps out and grabs you. 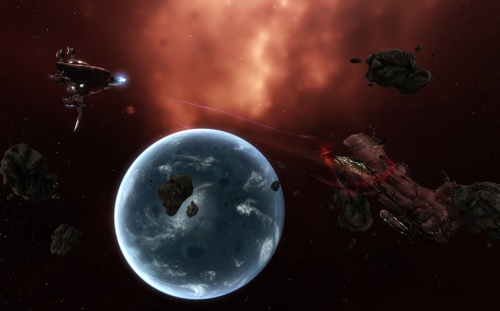 A tough category.  There were lots of choices.  I like the serenity of this one.  Things are just passing by.

An added category, as I got a few of these, including this one which I really like.  I always think those Amarr freighters (big ship with the flaring blue engines) look like the rebel transports in Star Wars. 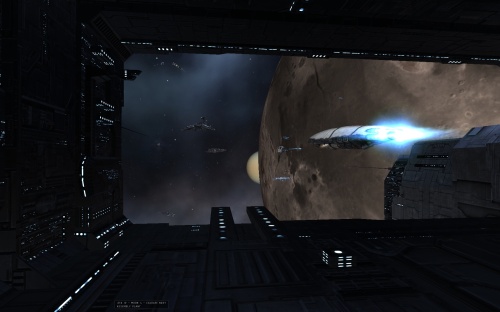 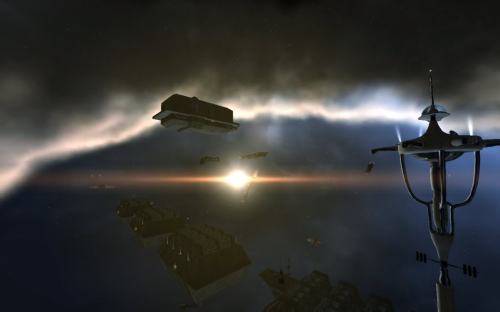 I had a few big explosion pictures, but I must admit something of a bias against the big white multi-point star explosions that EVE has now.  So this picture got the nod. 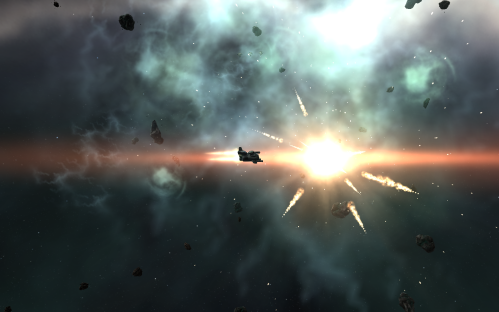 Drones get the kill

A variety of ships, lots of lasers, and that planet hanging there in space.

Mining Gang Above an Ocean World.

Two common haulers pushing on to their next destination.

There is just a feeling of visceral power in this picture.

Lots of incoming and outgoing fire on this one.

Not really a spacescape as I imagined the category, but I didn’t have anything that quite fit what I imagined, so I obviously didn’t define it well enough.  But I love this picture.  It has such a gritty feel to it.

Most Ships on Screen

I would have loved to see this formation arrive out of warp together. 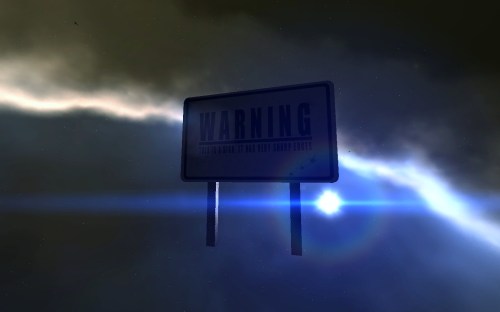 Such a great composition that I had to create a category for it.

Irony: There are no Amarr ships in the picture.

Most Orange in a Screenshot

How much orange could it be?  There were contenders for this prize.

There is such a 2001 – A Space Odyssey feeling to this picture that I was drawn to it immediately.  It is the Federation Navy Testing Facility at Pucherie IV – Moon 11.

Eye of the Needle

I kept coming back to this picture.  I love the detail you see on this carrier based fighter, the thrusters lit as it maneuvers.

And that is it.  Congratulations to all the winners!

I will be sending out prizes this week.  I am in the midst of changing over computers, otherwise I would have sent them out already.  If your picture is on the list and your character has not gotten anything by next weekend, drop me a note.  Likewise, if I made any mistakes, drop me a line.  I think I caught all of my major errors when proof reading.

I want to thank everybody who entered.  The pictures were great.

I will be posting all of the entries over time at my other blog, EVE Online Pictures, starting this week.  I will post the pictures that did not get a prize (but were contenders) first.  It will take a while to get through them, as I post just two pictures a week.  But that will give you a reason to keep visiting.