On the new Fippy Darkpaw progression server.  And not that other server… which is good, because I don’t have a picture handy for… Vulak’Aerr?

Just a kilt and a smile

And I was hardly alone.  Halas was overrun with barbarians.  Enough people seemed to have moved to Vulak’Aerr that I had no problem logging on, but the population was still high.

I nearly didn’t get out of Halas.  I have long since forgotten how to get out of water in EverQuest.

Should have waited for the ferry

I flailed around for a while as people swam up and got out of the water with no problem whatsoever.  Eventually I managed to get up on dry land.

Then it was time for the first victim!

Unfortunately, the victim turned out to be me, as the spider took me down.  Oh the indignity.

Fortunately, among the things not included in the new progression servers is the old, day one death penalty.

So I was soon back on my feet and picking on goblins barely half my size. 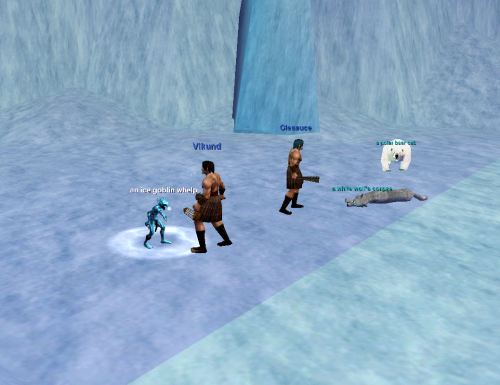 Ah, the joys of the old world.  Now to find out where all the people I know went.

10 thoughts on “A Barbarian is Born”