I went on last night to see if the newbie armor quests on the EverQuest Progression Servers had been fixed.

The Halas ones, which were mentioned in the patch notes from yesterday to appear to be working now.  My barbarian warrior alt, Hafdan, who I made mostly just to suit up in the newbie armor, was able to make his helm, breastplate, and bracers. 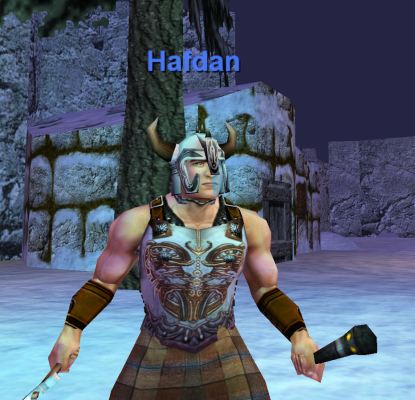 The Horned Helm of Hafdan

However, the Surefall Glade quests appear to have been overlooked.  This, of course, affects our group, Deneldir being a half-elf druid from Surefall Glade.

The Surefall Glade armor quests were conspicuously NOT mentioned in the patch notes and when Potshot went and tried them, they still failed in the same old way.

So progress was made on the Progression Servers, but not everybody’s problem was fixed it seems.

I chalk it up to the continuing conspiracy against players that start in the Qeynos area.

4 thoughts on “Some Armor Quests Now Work, Others Still Broken”