As noted over at Massively, where they have an exclusive interview with John Smedley of SOE, Star Wars Galaxies is slated to be “sunsetted” (read “shut down”) on December 15th of this year.

In the interview, Smed gives the reasoning:

The decision to shut down SWG is first and foremost a business decision mutually agreed upon between SOE and LucasArts. LucasArts has a new game coming out, and the contract would be running out in 2012 anyway, so we feel like it’s the right time for the game to end.

And here we see an issue inherent in working with a popular intellectual property for an MMO.

Vanguard, which SOE own outright, may run for years yet, so long as it makes just enough money to justify its existence.  But there is always overhead from the owner of an IP, like there was with The Matrix Online.  And so that closed, no doubt in part because Warner Brothers was owed money every month for the use of the IP.

And Star Wars is a valuable IP owned by Lucas and guarded jealously.  Any licensed Star Wars product that is not a sterling success reflects badly on the IP, and SWG has had its share of troubles. (Rooted mostly in requirements laid down by Lucas after the fact, or so goes the tale of the NGE.)

And so the contract with SOE is coming to an end conveniently at about the time EA and BioWare should be close to launching Star Wars: The Old Republic.

As I said in a past prediction:

We will find out in 2009 is that LucasArts is only willing to sanction a single Star Wars based MMO running at any given time.  SOE has known this all along and this is part of why they did not bother going to LucasArts with their Station Cash idea.

Seeing that BioWare is set to launch a Star Wars: The Old Republic… well… some day… the sense that time is running out will grip Star Wars Galaxies.  There will be a resurgence of subscriptions as a wave of nostalgia washes over the old hands while along with an equal surge of tourist who want to see the game before it goes away.

This enthusiasm will not last as long as SWG remains on the scene, thanks to BioWare’s creeping pace, and Galaxies will go quietly into the night a few months before SWTOR launches.

And while I was not right on all the details, including the date when we would find out, the central truth remains:  Lucas will only sanction a single Star Wars MMO in the traditional EverQuest, 3D virtual world, monthly subscription sense.  SWG is clearly out because SW:TOR is coming online.

(And no, Clone Wars Adventures does not count, it is clearly a different sort of gaming, lacking that whole virtual world aspect for a start.)

So let the rush to nostalgia begin!

You have less than 6 months to go before Star Wars Galaxies is no more.

See the sites.  Take your screen shots.  Get ready to say “Good-bye.”

Maybe I’ll hold an SWG “Farewell Screen Shot” contest rather than another such contest for EVE Online.

But what would I give as a prize?  A SWTOR game card?

Raph Koster, who was on the team that created SWG, has his own thoughts on the end of SWG.

SOE was on a binge of goodwill in an attempt to “make good” the effects of the hacking that kept their servers offline for almost 13 days.  Many things were offered across the various SOE games.

There were weeks of bonus experience (though they all overlapped, so if you play more than one SOE game you had to choose where to take your bonus), mildly-special, in that “on rotation” sense, events that were turned on, some cosmetic items in certain games, as well as the whole identity theft protection protection service offer. (How many of you signed up for that?  I’m guessing close to none.)

And, of course, SOE gave subscribers a credit of 15 days on their account to cover the time lost when they were down, as well as another 30 days on top of that, just to make us feel a little better.

But then the bronze and silver players on EverQuest II Extended were feeling left out.  They don’t have subscriptions, and it is tough to make somebody’s free account “even more free” for 30 days.

So SOE gave them something too.  Everybody in EQ2X was boosted to a Gold level subscription for 30 days.

And the party went on for 30 days, wrapping up (rather unfortunately) on Friday, June 17th.

Come Saturday, like some of those Saturday’s in college, the hangover commenced.

If you made too many characters, or characters of a class which you do not own, you found those locked and unable to be played.

If you picked up a nice piece of equipment like that fabled Tulwar that Earl, who has a Bronze level account,  got, you found that you could no longer equip it. 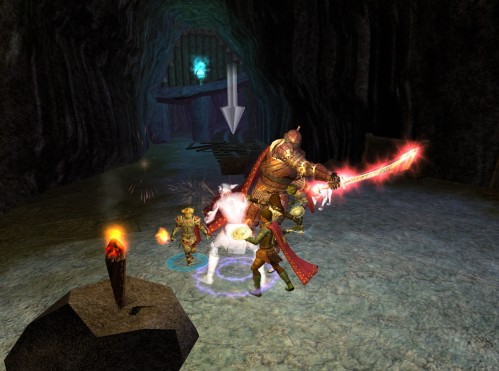 And your bag slots were decreased, you broker access was reduced or eliminated, and all the other little perks you might have picked up went away.

And, yes, I know, this was the level of subscription for which these people signed up.  They were getting a bonus for a short time and now they are back to the way things were.

The hangover part is really how SOE has handled this.  Here was a very specific up-sell opportunity, a time when a chunk of their audience could see quite clearly the benefits of a Gold level account, or at least some of the bits and pieces you can buy in the Station Cash Store (And what is the official name of the store?  Is it the Station Cash Store?), such as extra character slots, bag slots, and the like.

Here is where, in a real marketing plan, you would reach out directly to those bronze and silver players, point out how they have been enjoying Gold status for free and how they can subscribe and keep running with that.  Or, if they do not want to do that, which things they are now missing are available from the Station Cash Store and how they can add Station Cash to their account, how Station Cash can be used in any SOE game (except those on Facebook), and how you do not even have to give SOE your credit card number because you can get Station Cash cards at your local Wal-Mart.

While I wouldn’t over emphasize that last one too much, since it does touch the painful “Sony got hacked, my data isn’t safe with them” spot, I would bite the bullet and make sure it was mentioned as prominently and in as positive a manner as anything else in the attempt.

But here it is, a week later, and nothing.  We have two Bronze accounts, in addition to my main account which is Gold, and there has been no such contact from SOE.  It has been a week now and the window of opportunity is closing.

Who knows, maybe they used up their direct email budget sending out the “we’re back” messages which showed up almost a week after their servers were up again post-hack.

I have often heard people criticize SOE’s marketing.  Often the criticism  is vague or unrealistic. (TV ads for Vanguard will never be a good idea, ever.  Sorry.)  And it can be pointedly bad or ugly.  But it is the missed opportunities that tend to grate the most for me, and this was one.

Of course what with layoffs, the hacking, E3, and Fan Faire coming up they might not had the time or resources to pluck this particular piece of low hanging fruit.

And I’m not sure that they could have converted all that many people to Gold accounts in any case, given other reported issues.

Marketing fail or no? 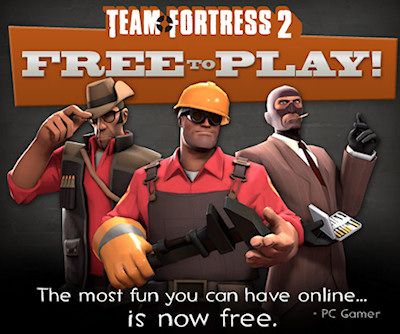 I guess I can finally break down and try it.

But man, that is kind of a big download…  and the web site is a bit slammed at the moment.

And there are some details.