The crusade by the Deklein Confederation (or whatever the right, polite company term is for the Goonswarm and their allies in the Deklein region of space… I know what the real one is) appears to be winding down.

This pretty animated .GIF from the Something Awful forums tells the tale, showing progression from Dec. 20th to Jan. 8th.

White Noise got squished, with the Deklein Coalition pushing in hard from the west, while White Noise ally Raiden was handed to some systems on the east.  WN only owns KMC-WI in Branch at this time.

As they put it over at EVE 24, Mission Accomplished.  And I was able to help in my own small way at the start and the very end.  They also serve, who only x-up and wait.

The question now is what comes next?

END_OF_DOCUMENT_TOKEN_TO_BE_REPLACED

More tweets from Chairmen Smedley, this time about how EverQuest II is doing in Europe since the consolidation of the game into the F2P business model.

And 200% increase in Item sales. Plus we have added a lot of new subs. All during the time that some really good competition hit the market

Of course, that last might be tied to them having three Station Cash sales in December and there being a new expansion to buy.  But still good stuff.

Anyway, it appears that EverQuest II and its customers are adapting to the new way of business.

I had the good fortune to get on just in time to help knock down a tower in BKG-Q2, the system I refer to as Burger King, where I spent quite a bit of time idle and ended up getting stuck in at one point during the war.

Okay, it was not a White Noise tower… but it was not one of ours, so down it went.

There was an announcement on one of the Deklein channels that an impromptu POS shoot was going on and inviting people to come and help out.

I clone jumped to my Maelstrom in Mittaningrad, and headed out alone for BKG.  This turned out to be a clear run from Deklein into Branch.  Hostile activity in the region is clearly winding down.

I showed up, maybe the 4th or 5th person in the fleet to do so and opened fire. 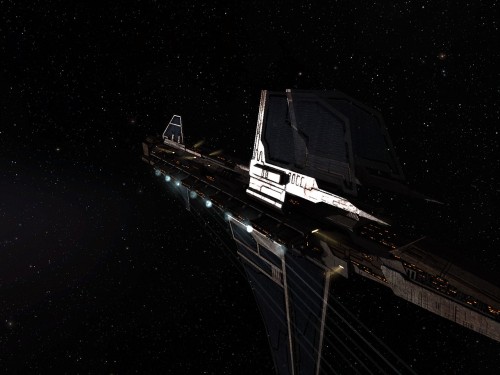 First shots fired in anger from my Maelstrom

And fired, and reloaded, and fired… it was a small fleet and so was slow work.  People showed up slowly over time, though there were only 11 of us hitting the tower at our peak. 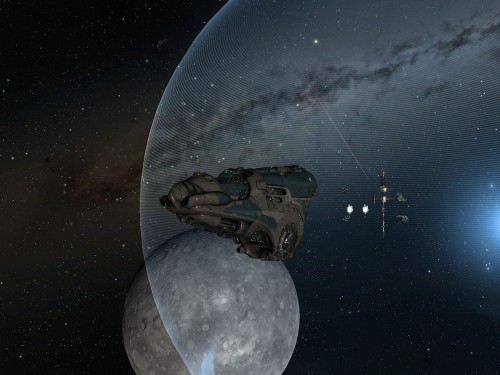 Eventually though, we broke down the defenses and brought down the tower and then the other pieces of the outpost.

Naturally, this all took so long that I had time to set up Fraps and take a video of the station’s demise.  I am sure you are totally excited to see it. *cough* (Audio may be BSCL people talking about mining until YouTube catches up and lays music over the sound track.  No actual EVE sounds were recorded as EVE is still refusing to make noise.)

My next goal is to actually get on the winning side of a kill mail against an actual ship.

Right now my PvP victories are all over structures.  But at least my return to Burger King was a success.