I really just don’t know what to think of this.  It is like I don’t want to see it, yet cannot look away. 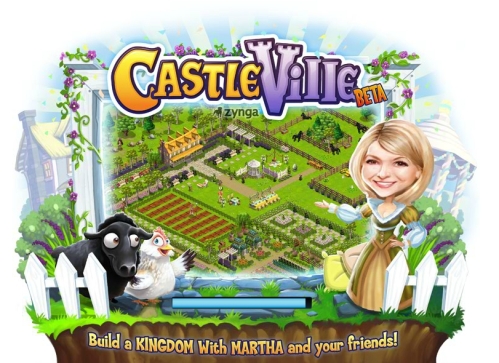 A bit more information is available at GameInformer,  where I first saw this story.  But what else really needs to be said.  I unblocked CastleVille on Facebook just to go see if it was true.

All that is left is the discussion as to who is benefiting the most from this relationship.

On the bright side, I suppose I should be happy that they are being up front in making it clear that Martha is somebody distinct from the group of people you know as your friends.

It is that time again!  Time to sort through my mail archives to see what has come my way in the last month that wasn’t worth a post by ought to get a mention, whether for real or comedic value.

In a very timely email, the folks making the Diablo-esque online game Path of Exile, a game about which I have written, have announced that this coming weekend, March 30 through April 1, beta access will be thrown open to everyone.  There is, of course, a FAQ posted with details.

Path of Exile – It is raining there too!

So if you are totally jonesing for a Diablo fix and cannot wait for May 15th to roll around, this might be an opportunity to get some click-action RPG time in.

Badass vs. Robot vs. Roger Ebert

Trexx Robotnyk wanted to let me know about the “truly unique, precious art” that is encompassed by Badass vs. Robot.

I think we call that art style “primitive”

I am not even sure where to go with this, so I’ll just quote the message in full.

A one-man operation. Destined to reshape the world order. Badass vs Robot has been temporarily unleashed to fund future development (episodes 1-3, about 1-5 playing hours, available in a week or so). In its brightest moments, small glimpses here and there, this robotic art project from Sweden sort of reminds me of mass effect 3/starwars/whatever but with heavier guitars and a cheaper price tag. Anyway, if you wanna join the fans around the globe and make this amazing space action robot saga turn into an uncontrollable behemoth on rockets, please buy a copy (you set the price). Note that this is a separate work-in-progress tech/devel funding/sneak peek release with awesome music, learn more at the homepage. And to those that hate this project solely cause it’s a difficult to grasp kinda space-art exhibition (e.g. nude politicians and a laser themed forced sterilization scene), are encouraged to share it with all of their friends. Please note that I’m not looking for investors, truly unique, precious art like this must be completely independent at all costs.

So there you have it.  Nude politicians, the laser themed forced sterilization scene, and Roger Ebert need not apply.

Back to the open beta scene, Blacklight: Retribution went into open beta… well, a month ago.  But I got the note AFTER I did last month’s mail bag.  See, timing is everything.  B:R is an online first person shooter game, a niche that seems to be growing into very non-niche like proportions.  Anyway, if you are interested, their web site is here.

Naturally, as soon as I subscribe to the physical magazine again, the folks at MMM finally deliver on their digital aspirations.

A digital edition at last!

For those interested, you can find more details on this at the EON Magazine site.  There is currently a special offer to get people interested.

Leslie, a business development intern at FindTheBest, wanted to let me know that their site now has video game reviews as part of their engine that… I guess… allows you to find the best.  Per the email:

It allows users to filter by price, console, ESRB rating, and more. All of the information is completely unbiased and certified from sources such as Gamespot, Metacritic, and IGN.

Claiming a lack of bias on their part, I suppose, could be correct.  But when GameSpot, the site where no advertiser gets a bad review (or we’ll fire the reviewer!) is part of your sample, bias is clearly part of the equation.  Garbage in, garbage out as they say.  Anyway, I asked on that and actually got a response.

In the smart ratings algorithm, expert reviews only account for a small portion of a balanced rating system which takes into account things like number of copies sold, other metacritic ratings, as well as others. After doing considerable research we will take this feedback into account and discount GameSpots rating moving forward.

While I appreciate the attempt to quantify things, selling the most units is not always an indication of quality.  The literary works of L. Ron Hubbard and William Shatner spring to mind.  Still, it is nice to see somebody out there trying something new.

Oh, and the highest rated MMORPG on their list; the Lord of the Rings Online: Mines of Moria expansion.  Take that for what it is worth.

Those in charge of the 6th Annual Digital Kids Conference, which despite its name is focused on child safety in the digital world and not the creation of electronic children (which presumably would come with an “off” button, every parents dream on occasion) seem very concerned that I be made aware of the agenda and specific events pertaining to the conference.  Hence the six email in two days things.

Consider me brought up to date, especially on the mobile app safety front.

The unsubscribe link, it does nothing!

Mistborn: Birthright – Not Wheel of Time

Brandon Sanderson, perhaps best known as the writer to pick up and (I desperately hope) finish Robert Jordan’s epically drawn out Wheel of Time saga, is having some of his own work made into a video game. (The Wheel of Time series was also supposed to be made into an MMO. What happened with that?)

Called Mistborn: Birthright, it will take place 100 years before the Mistborn series of books.  A quote from the author:

“As an avid gamer, I’m extremely excited by this opportunity,” said Sanderson. “The chance to write the story for a Mistborn game while working with a team of talented developers is, quite literally, living a dream.”

The game is scheduled to come out in the Fall of 2013.  Such information that there is available is on the game’s web site.