I couldn’t get a main to Jita, but I had an alt that I made ages ago handy.  He was in an Ibis and only three jumps out from Jita.

So at the first Jita fleet call I got on coms (so I could hear where things were going down) and flew in.

Time dilation was moving between 15 and 27%.  There were over 2,000 people in the system.  And fights were happening… slowly.

Dabigredboat was running a Drake fleet to attack anybody who had declared war on the CFC in hopes of being able to defend Jita, which included that fleet of now dead Abaddons in the pictures.

Meanwhile Digi was running the gank fleet of Tornadoes looking for full freighters.

And all the time ships were exploding while looters and salvagers were swarming over the wrecks. (White beams are salvage beams.)

And this was just opening night. (A day early, in case you did not get the word. Surprise!)

Tomorrow people will be out in force.

Until there, here is a bit of what I saw in Jita. Odd new slideshow technology has been added to WordPress.com I see.

I will have to figure out what to do with the video I captured.  What music goes with the burning of Jita? 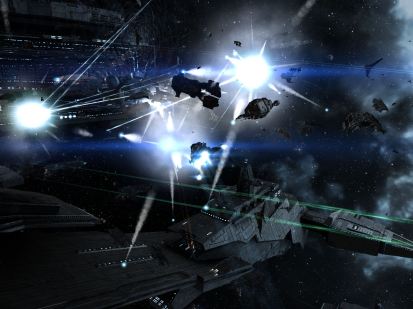 Stuff Exploding on the 4-4 Undock 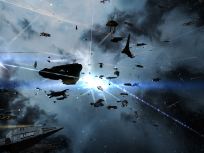 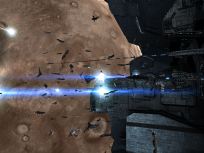 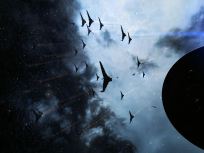 Jita 4-4 undock, lit up with explosions

17 thoughts on “Scenes from a Burning Jita – First Night”