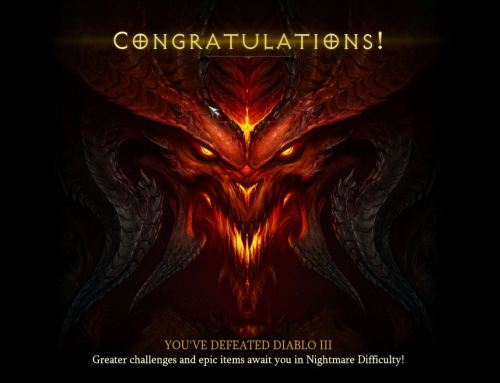 Because, of course, the damn patch notes contain spoilers.  So I have held off until I got through the game at least once.

Spoiler Warning: If you have not yet completed Diablo III on Normal, some hotfixes described in this list may include spoilers.

Such is life.  But I have run through the game once, with a barbarian, in normal mode.

Work sent us home early today due to the three day weekend, so I got home and started in on Act VI which, once I reconfigured my barb from an AOE focus to single target damage, went by pretty quickly and there I was facing the big guy. 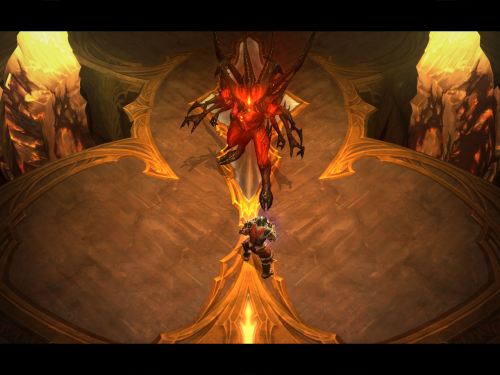 Another thing that Diablo III has in common with Diablo II; the last act seems much shorter than the three before it.

I probably enjoyed Act III the most.  The start on the ramparts of the fortress was amazing.

Anyway, now I have Nightmare mode to look forward to.

Or maybe I could play an MMO.  I haven’t really done much of that since May 15th.

5 thoughts on “At Last, I Can Read the Diablo III Patch Notes!”