I was not sure I would get to this milestone.  The last such post, a little less than 10 months ago, I was saying that 70 million skill points might be the extent of my involvement in EVE Online.    That was the height of the Incarna debacle, the Jita protests, and the potential end of EVE as we knew it.

Since then, the game has come around.  CCP has refocused on flying in space by fixing, revising, or improving what was already there, along with some incremental ship introductions, in the Crucible and Inferno expansion.

And, probably more importantly to me, I have moved out to null sec space, which revitalized the game in my eyes.  In my first five years of contact with the game, I had dipped by toe in almost all of the non-piratical high sec options.  Now new options are available to me.

Asterisks represent the areas that have changed since the last checkpoint.  And it looks like I have been training things in all areas.  The only exception is Social, which actually went down since last time.  They must have removed a skill, though I couldn’t tell you what they yanked.

Mostly training went into things to help me fly and equip new ships.  So Spaceship Command went up, as did Gunnery.  Early on I needed to be able to fly the Alpha Fleet fit Maelstrom and kept on that until I could use the tech II 1400mm guns.

I also trained up to fly a fleet fit Scimitar, which I have done exactly once.  It was blown up on its first fleet op and I haven’t replaced it yet. 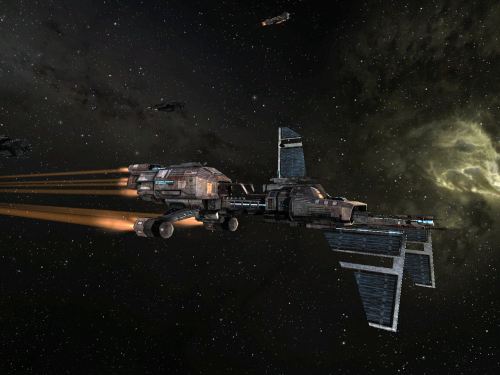 I also just finished up the skill set for flying heavy interdictors (hictors).  And due to my getting Minmatar Cruiser V for the Scimitar, I can fly both the Broadsword and Onyx hictors since the skills are otherwise the same.

All of this training ended up adding a net of 10 new skills, bringing my total to 219.  They are distributed like this.

12 more skills are now level 5, while level 4 skills went up by 4, and level 3 skills went up by 19.  Level 2 skills dropped by 13 as I trained a bunch of stuff up.  No doubt some of that last was related to mining crystals.

So I have been not only been learning new skills, but getting them up to higher tiers.  A number of things have required level 5 skills, especially the logistics and hictor training plans.

Going back to my long time metric, flying a titan, I see that I am still just over 69 days away from the basic flying skill, almost all of which would be tied up in learning Capital Ships I through V.  Since I do not need that for any of my current plans… and frankly cannot afford to buy it just to train it for fun… a titan will probably remain that far away for the foreseeable future.  The funny thing is that, for the first time in the game, I am actually in a position where I could purchase and fly one, if I had the ISK.

And where will I head for the next 10 million skill points?  Well, there are a lot of skills to trained up to hone my options.  I am about max’d out on the Scimitar, but the hictor skills still have some room.  And I just noticed the other day that I still have a couple of skills that would affect heavy missiles that I could train up.

There is always another skill to train up in EVE.