I haven’t seen a big red spot on the map like that since Burn Jita. (Though Jita’s was bigger.) 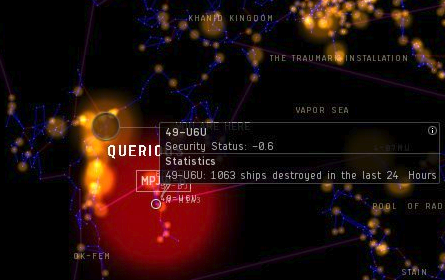 TEST and Pandemic Legion have their own war going on in the south now, while we have our own in the north.  We were all at 49-U6U less than a month ago.  Now there has been not just one, but two battles for this key system in Querious, sitting as it does on the border with Catch.

TEST still holds it, but it is clearly being contested for now.