All I was going to do in EVE last night was one anomaly, then go to bed.

No strategic operations were planned.  Nothing else was required of me.

So I was back in my home system in null sec, for the first time in a few weeks, in my new Tengu, the old one having been blown up back during the Delve campaign, and blazing away an Guristas while watching local and the intel channel for Deklein.

And then things started to buzz in QPO-WI.

QPO is the staging system that the CFC has been using for the war against the Northern Coalition and its allies.  For a run down of who is who… or at least an amusing Goonswarm view of the players… there is a post up on The Mittani.com that lists out the usual suspects in the war: The Basement Dweller’s Guide to the War.

The intel channel reported that there were some hostiles in QPO, then as many as 90 hostiles and that they were on the station bubbling.

And then it was reported that the hostiles had a CFC titan tackled QPO, which was the point when, as they say, shit got real.

I had just killed the last NPC in my anomaly when that news hit the intel channel.  Jabber started its call to arms and fleets were hastily formed.  I headed back to the station, swapped out my Tengu for a fleet ops Drake I keep there.

QPO was only two gates and a jump bridge away.  I joined one of the fleets, got onto the right channel in Mumble, and started moving.  At the jump bridge to QPO I joined a few others waiting for the word that the other end of the jump bridge wasn’t camped.  Meanwhile, coms were confused as a cap fleet and a sub cap fleet tried to form up while using the same voice coms channel.

We were given the all clear to jump into QPO and upon arriving, the FC… or somebody giving orders over coms, I never quite figured out who was really running the show… told sub caps to rendezvous at planet three in the system.  I started warping there.

And just as my ship entered warp, that order was countermanded, we were not to jump to planet three as the hostiles were landing there.  Too late for me, I was on my way.
I landed at planet 3 and was quickly in a bubble.  I gave it the old junior college try, locking up a Sabre that was close by and opening fire as I tried to get out of the bubble.  He had me webbed though.  Still, for a moment I seemed to be doing okay, and then I got called as the primary and lasted long enough for 74 pilots to whore on my kill mail.

I was podded before I could get clear of the bubble and warp to the station, where I had another ship handy.

By this point it appeared that the CFC titan, a LAWN Erebus worth more than 72 billion ISK, had been neuted and destroyed.  That was the second CFC titan loss of the day.  Earlier a RAZOR pilot fell for the CCP titan removal trap and clicked the jump button rather than the bridge button and jumped his Erebus into a red fleet at Y-WIQ3.

There was, for a short period of time, excitement on coms.  I had just reloaded into EVE and was wondering what to do when it was announced that there was another titan, a Black Legion Leviathan, in QPO.  There might be a possibility of some payback.

I used my jump clone in QPO to get back into the system right away, got into another Drake, undocked, and waited for… something.

It quickly became clear that the hostile titan had eluded us.  Reds disappeared out of the system save for a few observers.  The fight was over and we had lost in a big way.  The kill board shows the hostiles winning heavily in kills and overwhelmingly in the amount of ISK destroyed.

I warped out to planet three to see if there was anything left to loot.  The space scavengers are amazingly efficient, but there was still one unlooted wreck.  So I was able to grab something. 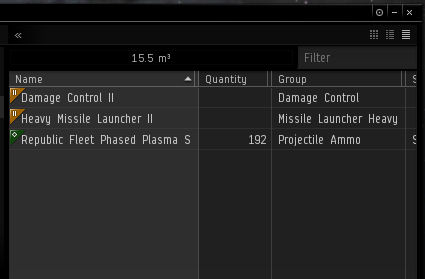 Some loot, better than no loot

And then I realized that in my hurry to get back on grid, I had neglected to upgrade my clone.  So I was flying around space recently occupied by hostiles with a 900K skill point clone backing up my 83 million skill points.  Not a good plan.  So I headed back to the station.

The station itself has been renamed to commemorate the occasion of our dual titan loss: QPOnly two titans lost in a day.  As usual, click on the picture to see it full size.

And so the war across Venal and Tribute goes.  You can find further details about the QPO fight here.  The comments actually add to the story.

On the one hand, it is a nice change to face opposition that doesn’t throw in the towel after losing one or two big fights.  That is the way things went in Branch, Tenal, and Delve.  Everybody complains on coms when the war becomes a routine of structure shoots and hostiles fleeing before the great CFC blob.

On the other hand, winning is a moral booster and fills fleets.  Losing… well, then the leadership has to work on morale.  I heard a couple of people comment that this war now sucks.  And to some people, we can never really win.  If we hold the field, it is because we are bad at EVE and just blob, and if we lose a battle, we are bad at EVE and blobbing.  Life in the CFC.

Myself, I am happy enough to have an ongoing war close to home that provides regular fleet ops with an enemy that shows up.  Fleet ops are my favorite thing in null sec at the moment.

Of course, I didn’t just lose a titan.