Like some other bloggers, I was invited by Trion to go on a tour of the Storm Legion expansion.  Keen and SynCaine (can you imagine?) both have posts up about the tour already, and I expect more will pop up soon.  I will link them here when I find them. (Keen has his Part 2 up now, and MMO Gamer Chick has her tour reports under way as well.)

So for 90 minutes on Sunday afternoon, ending when it was about time to get ready for the Giants/Cards game, James
“Elrar” Nichols from the Rift community team showed me around the Storm Legion expansion.

How do I sum up or expand upon what I was shown and what has already been announced?

“More” is probably the best word, because there is more of everything.  More souls, more levels, more dungeons, more raids, and more places to explore (each of the two new island has more landmass than the original game).

Quests are supposed to be “more” organic to the environment.  They are trying to step away from the hub to hub approach and put more out the field for players to find.

And there is “more” to keep you occupied when not adventuring, mostly in the form of Dimensions.

Dimensions are Rift’s version of housing.   Rift Junkies has a good intro to them.  You can have your own chunk of the world to call your own and decorate.  The level of freedom to do this is very broad.  You have EverQuest II levels of freedom (and more) to manipulated items in your dimension, as well as being able to open it up to the public for visitors.

And while the initial dimension you get… and you are handed a dimension pretty much as soon as you are done with the initial tutorial stage of the game, which is a great move and part of what made EQII housing so big… is pretty small, there are some huge ones out there.  We were in one that was basically all of the town of Granite Falls.

I think the only thing they are missing is a carpenter-like furniture crafting trade skill.

Anyway, while I could dribble on for a while about details that have been better documented elsewhere, I am just going to go with visuals.  The visuals are great, and my screen shots do not do them justice, but they will give you a taste.  Some of the places, like the raid instances, I will probably never see in game.  There are also some of the interesting Dimensions we visited among the shots.

I am including thumbnails of all the pictures after the cut so you can pick out and examine individual screen shots at your leisure. 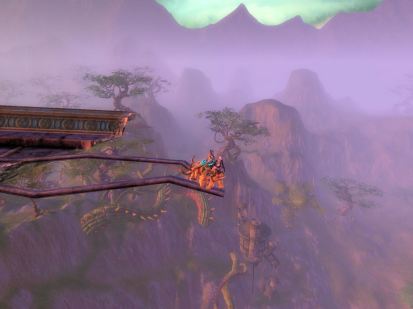 Fell in the water 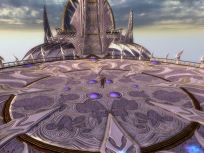 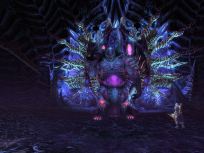 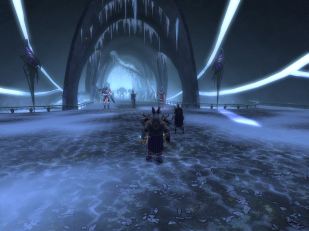 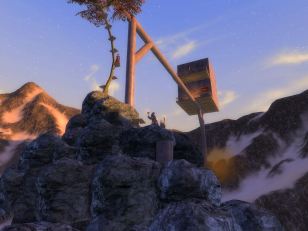 If you have any questions, I will try to answer them.

I want to thank James and the team at Trion for inviting me.  The expansion looks great.  I hope it gets all the success it deserves.

And it is coming our way on November 13th… which in another EverQuest II twist, also happens to be the launch date for the Chains of Eternity expansion.  There are only so many Tuesdays in a given month I suppose.

6 thoughts on “Images from the Rift Storm Legion Tour”