I still love lists, so I am going to keep talking about lists.

Last week we had a rather controversial list of the 50 Best PC Games of All Time.  EVE Online made the top spot there.

This week Time Magazine has a list of the All-TIME 100 Video Games, which includes consoles and arcade machines.

I have to say, it is much easier for me to get behind this list than last week’s list.

Some of the games you have to take in the context of their time, like Pong.

Others are just great regardless of when you set them. 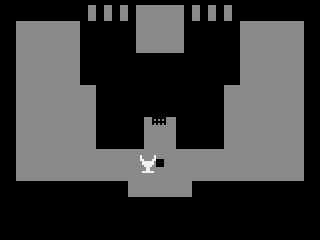 This Castle is Timeless, Dammit!

Of course I had that screen shot sitting around.

Games I can totally support being on the list.

Honestly, there are too many good games on that list for me to call out.

There are games on the list that I am not a big fan of.  But the only one I am dubious of is Leisure Suit Larry.  I always felt that people liked the idea of that game much more than they liked the game itself.  I think it is there by legend alone.  But that might just be me.