The buzz around Kickstarter seems to ebb and flow.

When there is a Kickstarter going around something that gets you excited, it can seem like a great way for supports to get involved in a way that helps the development process.

And then there is the reality.

There was an article a couple months back (that I wish I could find) which reported the results of a study of Kickstarter projects and found that not only do most projects not get funded (which one would expect given the quality of a lot of the pitches), but that a large percentage of those that do fund subsequently fail to deliver anything (call it “take the money and run”), fail to get even close to their projected timeline (everything takes longer than you think), or deliver something that does not match what was promised in the initial pitch.

Now some of projects in the study seemed to be stuck in a category without considering mitigating factors.  The Steve Jackson Games O.G.R.E. Designer’s Edition project has been delayed because they asked for $20,000 and ended up with nearly a million, so they actually expanded the scope of the project so that the end result will be even better that they had initially planned.  But that has pushed out the timeline, so it appears on the “failure due to missed dates” list despite keeping backers fully appraised of the project status with regular updates.

(And I cannot emphasize how important updates are for such projects.)

In my own case, of the four projects I supported that actually made their funding goal (out of eight total) two appear to be stuck in the failed project timeline dimension.

Now, in one case, I know what is going on.  The Jason Scott documentary three pack, which I first mentioned way back in September of 2011, has been delayed because of his Internet Archive work and because he got paid to do another documentary ahead of the ones funded on Kickstarter.  I cannot say that the latter makes me very happy, but the documentary is being made available for free, so if you squint your eyes and look at things with your head turned sideways, it seems like maybe we’re getting a fourth documentary as part of the deal.  Plus the other three are under way and I consider them getting made to be more important than me getting my copies in a timely manner.

On the flip side, there is a book I helped fund that has gone to the editors and hasn’t been heard from since.  Such is life.

And then there is Planetary Annihilation, which I pitched in on because they invoked the name of Total Annihilation, one of two RTS games I still drag out and play to this day. (The other is Age of Empires: The Age of Kings, which I wish would get a screen resolution update and appear on Steam or GOG.com.)  But this project has no real set timeline and, frankly, I have been burned before by people invoking the TA lineage.  Supreme Commander was not at all satisfying to me, and so I stand ready to be disappointed again.

But amidst all of this “someday” level of hope, the fourth Kickstarter on my list delivered.  The new content for Defense Grid: The Awakening arrived last week.  As a supporter I already had my key and had access to pre-release versions of the new content, though I did not spend much time with them.  I wanted to experience them as finished product.

The product is now finished.

It showed up a little late.  The target was initially December.  But progress updates were frequent and if you entered the Steam key you got as a supporter, you could see the new levels evolving from raw layouts to fully formed encounters.  And once it was done, Steam updated you to the final version.

So I now have what I really wanted; more levels for my favorite tower defense game.

Appropriately enough, here is the first achievement for the Containment DLC for Defense Grid: The Awakening:

I am off to conquer the new levels in their various modes.

Now if Hidden Path can just get funding for their Defense Grid 2 project.  They did not reach that level of funding as part of their Kickstarter and so must seek the money via more traditional channels.

Mail bag was going to be a regular monthly feature, but frankly the mail I have been getting on the blog account really hasn’t been living up to the role.  Still, I do get something amusing now and again.  A pity none of it showed up recently, so this is all you get.

The Kia Motors Overseas Communications Team ( 해외커뮤니케이션팀) wants me to go connect with their Facebook page so I can play a flash based tennis game featuring players that are, if I understand this correctly, anthropomorphized versions of their cars.  The Soul,  Sorento, and Cerato to be specific.  Except I think that last one is sold as the Forte here in the US.

Totally not ripping off Disney/Pixar

All because Kia sponsors some aspect of the Australian Open… which is a tennis tournament.

I had to look that up.

I almost want to go play this, just to see how they get that lumpy Sorento to move its ass around the court.  But a surge of apathy has stayed my hand so far.

Still, don’t let me stop you!  You can find the page on Facebook here.  Just be quick, as the game only runs from January 16th through the 31st.  Of course, they only sent me this note on the 29th, so clearly my participation was not all the important.

Aventurine sent me a “Media Alert” to invite me to come and explore the world of Agon, which I am afraid always brings up images of Larry Storch. 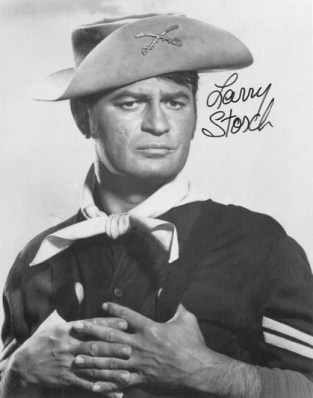 A little whackier than this though

Unfortunately for Aventurine, all they actually had for me was a link to a dev diary video about their upcoming (some day) Darkfall: Unholy Wars reboot.

Then they listed out the price of the game ($14.95 if you are a Darkfall Online returning player or $29.95 (25% off) if you are new to this game) like they expected me, a member of the media (who else gets “media alerts” right?), to actually pay for it myself.  This is how you get 2/10 reviews.  (Though I still suspect there was a method to their madness.)

Haven’t we all learned by now that companies can get game journalists to degrade themselves and their profession with a few simple freebies?  Playing it straight is a mug’s game.

The Soda Sipping Inside Joke?

I keep getting press notices about a game called Soda Drinker Pro, but cannot tell if this is just the internet yanking my chain or not.  The quotes sound tongue in cheek.

While sites like Gamasutra have reprinted the press releases due to contractual obligations.

Mashable has a brief write up, but it still ends up sounding like an internet goof.

I have to think that the only reason I got this was that I have written about soda, and soda experiments, here in the past.

Which probably isn’t news, but the announcement showed up in my email.  It was something about sponsored stories.

Why did I get this notice? This Notice relates to a proposed settlement (“Settlement”) of a class action lawsuit (“Action”) filed against Facebook relating to a particular Facebook feature called “Sponsored Stories.” According to available records, you may be a “Class Member.”

What is the Action about? The Action claims that Facebook unlawfully used the names, profile pictures, photographs, likenesses, and identities of Facebook users in the United States to advertise or sell products and services through Sponsored Stories without obtaining those users’ consent. Facebook denies any wrongdoing and any liability whatsoever. No court or other entity has made any judgment or other determination of any liability.

You can read more about it here.  If Facebook used your likeness without your consent, it could be worth a sawbuck to you.

Meanwhile if the suit succeeds the lawyers will all get paid for the hours they billed and Facebook will have to change their terms of service so that by accepting them you allow Mark Zuckerberg to do whatever he damn well pleases with your likeness.

So who is going to win here?

Raptr sent me a list of awards they made up and gave out for 2012 based on their game tracking stats.

Some of those make sense, while others… I am not so sure.  The “Bathroom Break” bit probably relates to a measurement of play sessions, but how did they come up with “Long Awaited Sequel?”  Was Borderlands 2 really that long in showing up?  Relative to what?

Meanwhile, their last category almost always reflects a sentiment of “crap, we’d better mention MMOs!”  They used the same category as 2011, but this time they managed to combine it with an attempt to suck up to EA/BioWare.  Or does somebody think if you were going to mention MMOs that there weren’t other categories or titles you might choose?  “Most played MMO” or  GuildWars 2 certainly springs to my mind.

Anyway, you can read their full post here, which includes some additional details.

Finally, I seem to be getting more and more messages asking me if I would like to come write for other sites.  These invites are rather transparent requests to please provide free content for such and such a site to exploit for ad revenue.

It is the sources of these requests that are getting more interesting.  I had one from a web media group from everybody’s favorite Germans, ProSiebenSat.1 and another from a group that purports to run the largest MMO gaming site in China.

All I can think is, “China?”  My Larry Storch jokes are probably too obscure for Cracked.com, how would they possibly play in China.

Anyway, send me something interesting that isn’t about your 99 cent iPhone app and maybe I’ll make fun of it.  As always, contact info is on the About page.