One of the problems with World of Tanks is that, after a while, you can start to end up with a big pile of tanks in your garage.

And there are only so many tanks you can effectively play.

You get your daily bonus experience for your first win, you have crews you want to train up, you have tanks that are not yet fully equipped, and you want to get to that “next” tank at some point.

And so I found myself rather stretched when it came to Soviet heavy tanks once I acquired the KV-3.

I had a KV-1, a KV-2, a T-150, a KV-3, and a Churchill III all competing for my attention, in addition to the French experiment and my on again/off again affair with the German TDs. (Inching closer to that Jagpanther.)  Plus, keeping a tank means tying up valuable resources.  Extra equipment costs credits, and not all of it can be swapped without cost.  And garage slots cost money as well.  So I decided to trim one tank from the garage.

The KV-3 is my newest acquisition and a stepping stone to my tier IX aspirations that were part of my 2013 goals.

I couldn’t drop that. 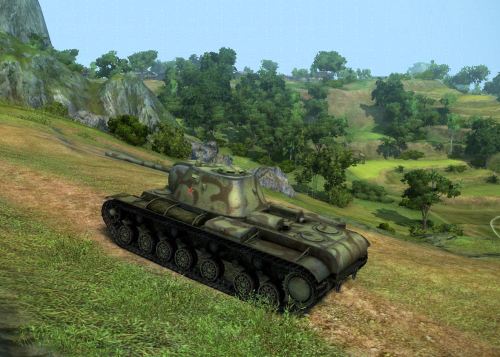 The Churchill III is a premium tank and has an experience bonus (1.3x) that makes it a good place to get a little extra training for my Soviet heavy tank crews.  So it was staying. 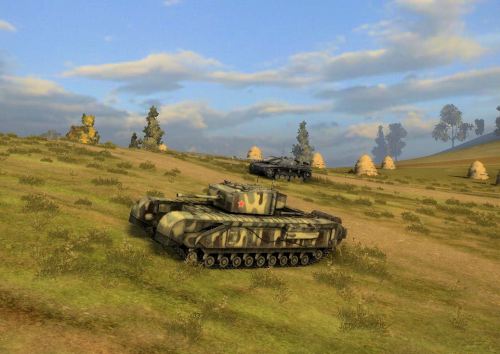 The KV-1 is just a fun tank to play.  In many ways it is the king of tier V.  And being down in that bracket means I can platoon with the rest of our clan more easily and still play a heavy. 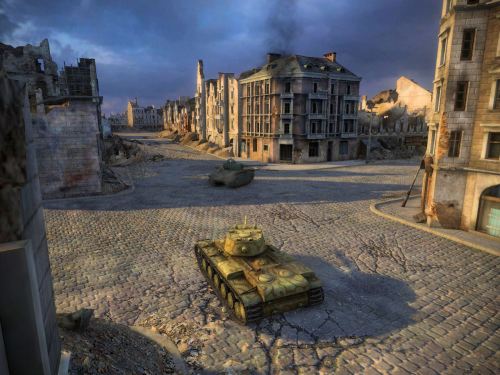 KV-1 gets the drop on a BDR

Which left the KV-2 and the T-150.  One of them would have to go.  And I was initially in favor of keeping the KV-2 for the same reasons I got it in the first place; it is just different from the other Soviet heavies I have.

The only thing that kept me from dropping it right away was that I had trained up its crew so that they had their first skill (band of brothers) and were well into their second skill.  I was going to just re-certify them on the KV-3, but the new tank has an additional crew slot, and unless the whole crew has band of brothers, it does nothing.

But I stripped the T-150 of its equipment and left it sitting in the garage unplayed for a week or so.  But I also skipped playing the KV-2 for that week as well, so I began to consider selling them both.

And then I read an article about how to play the T-150.

I was particularly struck by the teaser line for the article.

You know how every tank description says not to lead, but instead back up another tank? This is the tank they back up.

That seemed to be the heavy tank role I was looking to play. So I decided to dive in and try it.

Unfortunately, purchasing the KV-3 and strained my credit balance a bit.  To really do this I needed to get some credits to equip the T-150.  And so I sold off the KV-2 and all of its equipment, moving the crew into the barracks.  That game me enough credits to add on the large caliber gun rammer and class 3 ventilation, improving my reload time and crew performance.  I did not have quite enough left for the large spall liner, but it is on the shopping list.

Then I went out and tried to apply what I had read.  And it mostly worked.

In random public matches it can be a challenge to get anybody to coordinate with you.  Still, when I end up at the top of the heap, saying “I am going up route X, follow me if you want to hide behind my bulk!” in chat before a match gets some cooperation going.  And what works for the T-150 seems to apply to the KV-3 as well.

The biggest change for me is getting used to seeing my tracks as a renewable shield rather than a vulnerable spot to be protected.  It still sucks when arty rains down on you though.  Gotta get that spall liner… and a fire extinguisher.

And when I am low on the list, I just find a higher tier heavy to hide behind and try and get in my licks that way.

Meanwhile, I have put the KV-2 crew into the Churchill III for now, training them up slowly (and swapping out the extra loader now and again to keep them caught up) as the potential crew for the KV-4.  Once I get there.