It is tank of the week time, and this time around I managed to buy one while it was on sale.  World of Tanks this week is focusing on the French tree and have put several of the French tanks on sale for half price.  Unlike the Jagpanther, which I bought the day before it went on sale, or the KV-3, which I grabbed the day after a sale on it ended, I was ready and waiting for this tank.

I had already trained up the BDG G1B up to elite status and was just waiting for such an occasion.  So when the news item went up that some tanks in the French line were half price, I was ready to strike.  I soon had a tank with a barn on top in my garage, the ARL 44. 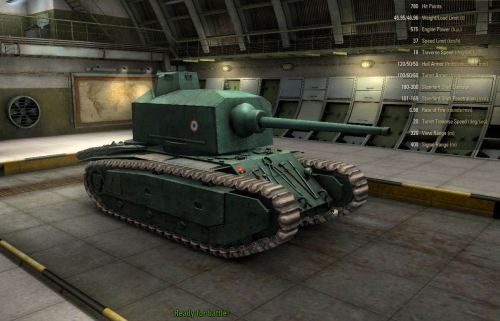 That is a big turret

I was able to upgrade to the 90mm gun from the BDR right away, which gave this guy some hitting power.  But any upgrades after that would need some combat time.  I did not have much in the way of free experience sitting around, having dumped most of it into Jagpanther upgrades last week.

I was in luck, as the first few battles I was in, the ARL 44 was at the top of the list.  The big gun let me score a kill and some solid hits on the first battle.  I had already read up a bit on the ARL 44, which has very strong frontal armor, but is quite vulnerable on the flanks.  With this in mind, I used the built up areas of the map… I drew Ensk for my first run… to protect my flanks while punishing my foes. 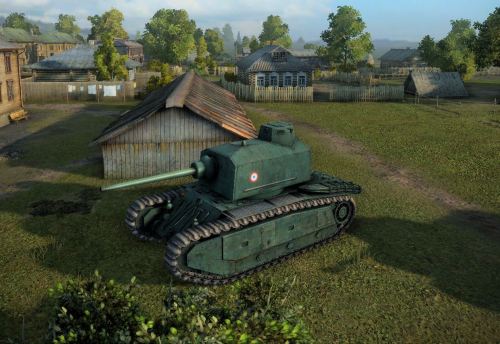 The new ARL 44 in its first battle

Every time I brought the tank out in its stock form, somebody commented about the turret. 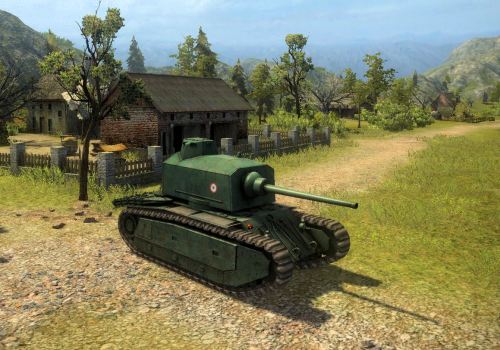 I claimed to have a family of gypsies living in the back of the turret.  I didn’t bother to buy the camo paint at this point.  I wasn’t sure that you could hide something so big.  And since the suspension and tracks couldn’t even support a camo net once I upgraded the gun, I figured I would leave it in the stock blue-ish color.

In a later battle, on Lakeville, I was again in the built-up town section of the map, where I discovered that the ARL 44 was tall enough that, on a gentle slope, I was able to fire over the Tiger that was in front of me.

After an evening of battles, I was able to upgrade the tracks and turret, and decided that, with its gun and frontal armor, the ARL 44 was a keeper.  So on went the camo paint and the official slogan of Les Chars de Combustion. 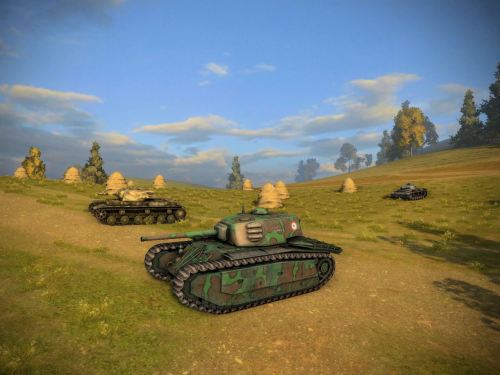 Now to get to the top 90mm gun, which will put holes in just about anything I will end up facing in this tank.