Last week my focus was a huge game of Civilization V.

Early in the week I started a few games on the largest map size (going with the Lakes option, so lots of land warfare) with a dozen competing civilizations and the usual complement of city states until I got a situation that looked good.  The first time out I was wedged in a corner between the Huns and the Mongols, which did not bode well.  The next time I was the Huns, but I managed to get into a war of annihilation with three other civs very early in the game, and while I managed to get to peace while still holding on to my capital, I was set back so badly that any rematch was going to go badly for me.

The third time out I drew the Germans which helped me build up my military quickly and avoid getting penned in early.  The Germans have a somewhat imbalanced attribute that allows them to recruit barbarians to their side a certain percentage of the time when they defeat a barbarian camp. 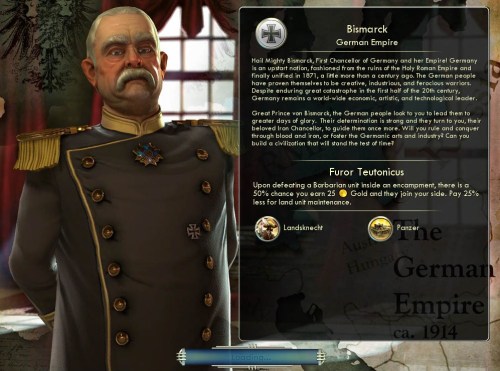 I actively went after barbarian camps, which allowed my city production to stay focused on buildings and wonders.  You don’t get the best units that way, but you get a lot of them.  My barbarian strategy actually ended up yielding too many units and some points, though I was able to gift them to city states in return for influence.  The Germans also pay less for land unit maintenance, so that helped with the budget.

I ended up playing all the way into Sunday evening in sessions of an hour or more.  In the end it was down to five civs, all of whom feared my military might and all but one of which, the Carthaginians, who were my game-long ally, I was chipping away at, declaring war, taking a city, getting another city as part of a peace settlement, and then turning to the next in line.

However, my enthusiasm for conquest was starting to wain, so I decided at around turn 1,100 to just go for the cultural victory and end it about 30 turns later.  I saved before I started, so I could go back and continue the military victory… or the political victory… or the religious victory.  All were still viable.  But I was tired of waiting.

I was tired of waiting because, in the last 500 or so turns, that was what I was doing most of the time; waiting.  I would make my moves, update production, tweak some improvements, then end my turn only to wait and wait while the computer handled each of the other civilizations, the city states, and finally the barbarians.  Then the game would come back to me.

It is a truism of the Civilization series that each version is launched at a time when they really need the next generation of CPUs to run them effectively.  I remember getting a new computer and seeing the time it took to play a game of Civ II drop dramatically.  I recall writing a note to Firaxis about the slow performance of Civ IV back when it launched, at a time when I had a pretty high end machine in terms of processing power.  Their response was quite snotty in my opinion and could be summed up as  “play smaller campaigns if performance matters to you, there is nothing wrong with our game.”

So I am left wondering when we will reach the point where average CPUs will be up to the task of speedy turns in Civ V and where the bottlenecks really lay.  The game appears to at least be multi-core aware.  Looking at Task Manager, at least four of the eight cores in my CPU look like they are in use, though none of them are capped out or even showing usage beyond 50%.  So the game doesn’t seem CPU bound.  RAM appears to be available, so it isn’t like the game is paging out constantly… or it shouldn’t be in any case.  And while there appears to be some issue with I/O… the game takes me four long minutes from launch before I can resume a game already in progress… and four minutes might not seem like much time, but try sitting in front of your screen waiting, clicking to skip through any video possible, and listening to the required speech about your civ and its leader, then it is the “watched pot” scenario… I cannot imagine that they are doing much of that for each turn.

So when will we be set on this front?

I hope that the next Civ V expansion, Brave New World, will include performance improvements like those that came with the Gods & Kings expansion…  yes, performance was even worse at launch… because CPUs not only are not getting faster in the ways they used to back in the day, but the CPU doesn’t seem to be the limiting factor at the moment.  A long campaign like last week’s, where the last third of the game was mostly me waiting on the computer, puts me off the game.

But it does make me want to dig out my Civ II disk, which is still lost somewhere in my office.  The game isn’t as sophisticated as Civ V, though there is some appeal to its sometimes crude simplicity. 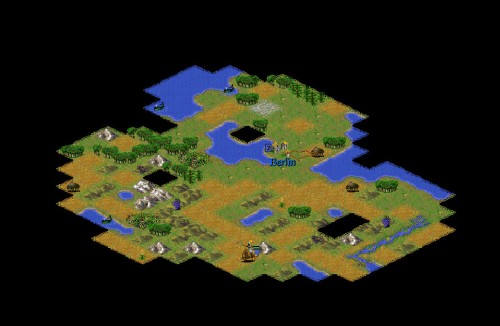 But the game itself runs like a dream, the AI zips along, and most of any match is spent doing rather than waiting.  There are many reasons I always go back to that game, and speed is certainly one.  Yes, you can get mired into epic stalemates, but at least the turns move quickly.