The yearly migration down to Delve has begun.  It is a little later this year than normal.  The whole thing in Fountain slowed things down.  But it is a little earlier than some predicted.  No waiting for the jump bridge network to get set up.

Almost exactly 13 months ago we were headed back from Delve, having helped TEST take it and Querious.  Now we are inbound again to take the region from TEST.

TEST has actually abandoned the region, so it is sitting there waiting for somebody to knock it over.  Fweddit has been in and has knocked off a couple of systems on the border with Fountain, while the Pasta Syndicate has a constellation in the middle of things.

I am not sure how long that will last.  There are only six pilots currently in their alliance and the CFC plan for Delve is to conquer it all for the Greater Western Co-Prosperity Sphere, of which I wrote a little while back.  Wide open spaces for the CFC rental empire.

A new vision for Delve

Meanwhile, I am starting to feel like an old hand.  The convoy made it out to our traditional staging system at 1DH-SX. 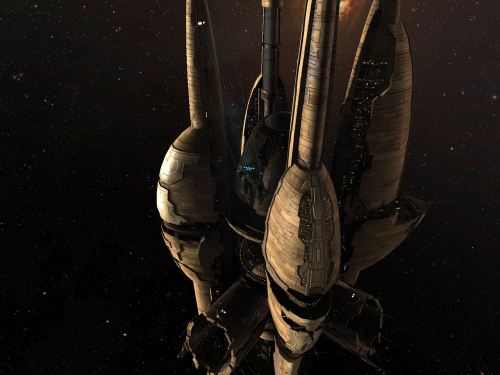 And upon docking I found all the items I left behind when we returned home last time around.  Bits and pieces for a shield tanked, missile firing fleet doctrine.  Drake fleet was big last year.  And the Rifter that I used to fly on the gate camp in F2OY-X.

This time around the outlook is not as exciting.  No titanic battles are in the immediate future.  Just a clean up of TEST’s former space holdings in Delve.

We shall see how that progresses.

1 thought on “Deploying to Delve”