The Kickstarter for Pantheon: Rise of the Fallen finished up earlier today. 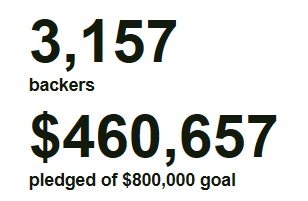 The daily numbers ended up looking like this according to Kicktraq: 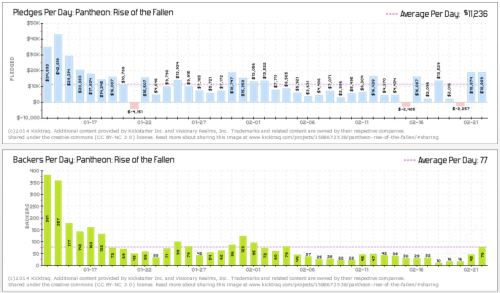 Daily figures for the campaign

With that result, Visionary Realms and Brad McQuaid are now moving into a new dimension of crowd funding, going it alone and asking for donations.  Their site is up and ready to take PayPal.

If you already pledged on KS for Pantheon, please go to http://t.co/JBDomRjjug and re-pledge. The site is open and ready to accept Paypal!

As I mentioned in yesterday’s post, going that route really changes, to my mind, the whole funding dynamic.  There is no minimum threshold for funding.  You pledge and they have your cash.  And while that has worked well for other games, Star Citizen has gone insane in it post-Kickstarter financing and even Lord British has managed to come up with another million for Shroud of the Avatar, I am not sure how things will play out in the absence of successful Kickstarter campaign.