SOE has announced their previously hinted at zombie apocalypse (I get a twofer on that word today, because lasers) horror survival “dedicated to Star Wars Galaxies players” game yesterday.

I think it is just that sort of dedication that brought about the NGE, no?  I guess if SOE can figure out that Landmark isn’t an EverQuest game, maybe they can eventually sort out who H1Z1 is really for as well.

So far all we have for official word is a web site with a moonrise, some spooky music, and a link to the H1Z1 subreddit, Smed’s current favorite venue.  I guess Reddit is the demographic he wants to reach. 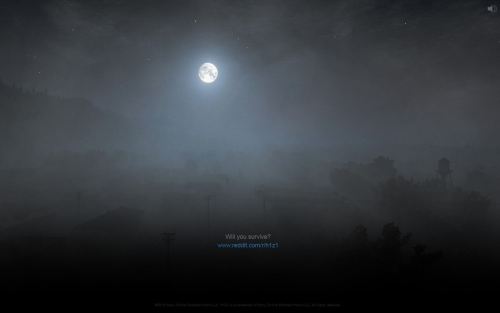 The night is dark, I think I’ll go to bed

The H1Z1 subreddit has a “what we have learned so far” thread that attempts to summarize what is known.  The state of affairs as it currently stands:

I’ll just leave that there as a baseline to compare against as things move forward.

For those hoping that this will be a Landmark or EverQuest Next based zombie game, disappointment is already in the cards.  The cynic in me sees this as PlanetSide 2 tech re-purposed as a zombie game with some PvE and building elements.

Which isn’t necessarily a bad thing.  There could be a market for this, so long as it doesn’t degenerate into the aimbot hack hell that PlanetSide 2 became.  It doesn’t thrill me at the moment, but a shooter with more to it could have a draw.

Of course, the cynic in me also wants to know how it will work in a world where you already have a lot of choices on the zombie front?

How will SOE differentiate H1Z1 from the pack?

I suppose we shall see.

Others talking about H1Z1:

I might be coming out of my EVE Online malaise… a bit.  Aside from corp day ice mining, I haven’t really logged on to do anything in the game aside from update skill queues.  And I even let that slip at one point.

Oh sure, now the Neocom app tells me I only have 2 hours left on my training queue, as I sit here at work. #emptyqueuehorror

Oh myBut as the binge in Azeroth has tapered off some… more on that later… I have begun to turn back to null sec space.  I still have ships and such scattered all over the southeast part of space.  I have no idea what I will do about that.  Getting down to Curse… or back out again… has a new element of danger now that the Marmite Collective has us war dec’d.  And the ships are not terribly valuable.  A couple of Dominixes that are no longer part of a fleet doctrine since the great drone assist nerf finally dropped with Rubicon 1.3. 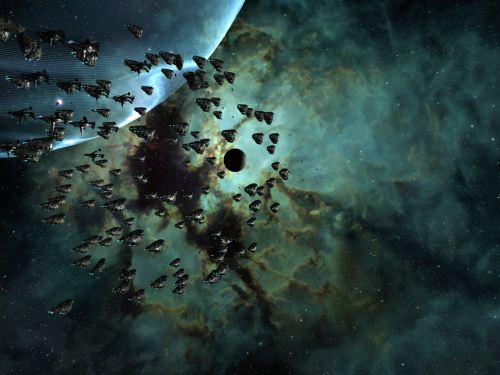 Once proud space potatoes are now all docked up

I still have the Domi I flew at B-R5RB sitting in the station there, along with a jump clone.  I will probably just give that one an appropriate name and leave it be.

And I have ships and jump clones at other key places in the EVE universe.  I am ready to jump to the action at a moments notice… if my jump clone isn’t on cool down already.  I have Baltech fleet Megathrons most everywhere. 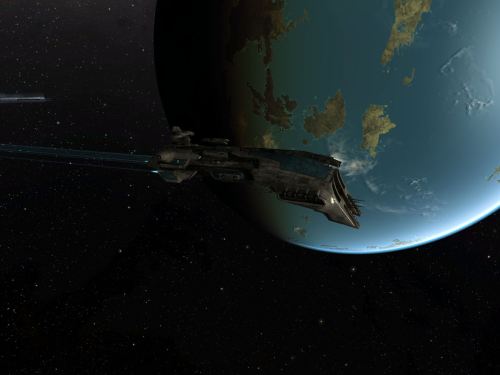 Our backbone since Fountain

As it turns out, I might not even have to jump all over EVE.  According to the latest CEO Update, we have a nice little skirmish going on up in Deklein.  So there is that.

But what has really piqued my interest and gotten me to log back in is the opportunity to fly a new ship… a new ship with lasers!

Yes, I am goofy in that regard.  I have flown in fleet doctrines that have use missiles, and railguns, and projectile weapons, and drones in just about every variation so far.  But I haven’t done anything with lasers.  But now the Apocalypse battleship is part of the Baltech fleet doctrine… which I guess means that the fleet doctrine info-graphic needs to be updated.  Anyway, they are in high demand, as our current foes run with Ishtars, which are pretty much immune Megathrons, as was pointed out to us in the update.

So, of course, I ran out and bought one off contract.

I was only mildly surprised that I had all the skills needed to fly the doctrine fit.  During a lull last year I put a bunch of training time into lasers knowing that one day they would come back into fashion and wanting to be ready for once, rather than doing my usual catch-up routine.  I immediately took the Apoc out to belt to shoot some rats… because lasers. 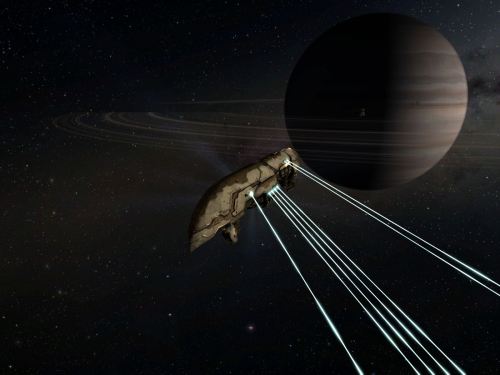 I will need to grab some more crystals so I can have ~colors~ on demand.  The white of multi-freq is a bit dull.

So now I am keen to go press F1 for real and watch lasers bloom… or fly… or whatever lasers do… lase I guess.  So far I have only managed to sit on a titan for half an hour with my new ship.  Hey, it was good for a participation link… and I am awfully shy of those lately.  But I hope to see some action soon.  Because lasers!