Technically summer starts tomorrow according to the conspiracy of pendants and calendar makers, for whom there must be a set of fixed dates for something as nebulous as a “season,” but I still think of summer as just being June, July, and August, those being the span of “summer vacation” from school when I was a child.

And here we are in the latter half of June, with E3 behind us and the annual Steam Summer Sale under way (see, Steam is with me!) and I haven’t anything new to write about.  Sometimes I just get to the Friday post and draw a blank.

But that is okay, I’m all about nostalgia most days of the week, so it is time to drag out the Summer Rerun post format and bring back some posts on a specific topic.

This time it is the War in Fountain from last year, which ran from early June into August and saw the demise of TEST Alliance as a power on the null sec sovereignty map. 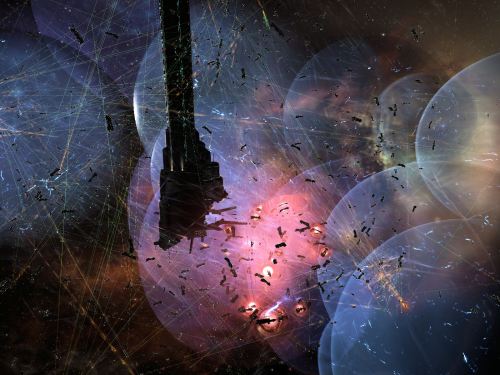 This is essentially my diary from the war.  I just so happened to “be there” for a lot of the key moments, from the first battles over J5A in Caracals and Tengus to the clean up at L7-APB in Megathrons and dreadnaughts.

These posts reference a number of other sources and, as is the way of the internet, have suffered from a certain amount of link rot.  The biggest missing pieces are battle reports from EVE News 24, which appears to have purged all of their pre-2014 posts.  So supporting reports are pretty much limited to The Mittani.

In addition, I did a couple of posts about the propaganda war in Fountain, which was as hard fought as any aspect of the campaign.

And, finally, there is what I consider the video of the war:

There are so many “I was there” moments for me in that video that it, as much as anything, brings back the feelings I had during the campaign.

So that is the war in Fountain.  It represents my high water mark for involvement in EVE Online so far.  While there have been wars and deployments since, including the battle at B-R5RB, nothing has matched Fountain to this point.  It is up there with being in West Karana in early EverQuest or the instance group in vanilla WoW on my list of great MMO times.