-Tobold, in comments on his own blog

There is a natural tendency in human beings to project their view of the world on others.  I had a professor back in college who called it the “like me” phenomena, the belief that we’re normal and that most people are like us and view the world the same way.  The Tobold snippets above just happened to be handy, as they showed up just when I needed them, from a post that is, from my point of view, flawed in its very premise.  I have the first comment on that post, asking for a supporting argument which Tobold singularly failed to deliver in my opinion.  He went on, in response to others, in an absolutist tone that spoke for everyone.

Person speaks for a whole group and makes assertions unsupported by the evidence on the internet!

Hardly a special moment.  It happens all the time.  I slip into that mode myself on occasion even though I try to make a conscious effort to speak only for myself and not a wider community onto which I have projected my views.  It is easy to do.  Hell, I used “we” in the title of this post?  Is that a royal “we” or am I speaking for me and somebody else. (I am just assuming some non-raider besides me is going to feel smug, but I am getting ahead of myself now.)

But less often do people get put in their place by somebody with the numbers to back things up.

Last week over at Massively, Syp had an article published which I suspect gave him great joy, in which Lord of the Rings Online community manager Rick Heaton told raiders exactly where they stood in terms of the LOTRO population

Raiders comprise the smallest, by far, group in our game. PvMP players are far larger and even they are small. in fact together the two groups wouldn’t comprise 10% of the total player base and never have (this is important. it’s not a new thing, it’s a long standing historical fact).

Forum posters comprise a slightly larger group than the combined group of PvMP and Raiders. However, Raiders and PvMP players make up the overwhelming majority of forum posters (More than half. Though raiders are the smaller group of the two (PvMP/Raiders)). So you have a tiny group, inside a small group that is grossly disproportionately represented on the forums.

Raiders and PvPers make up less than 10% of the population of Middle-earth, but tend to be vocal (and heavily invested) groups and are thus over-represented in the forums.

Doesn’t this just confirm something you have long suspected?  (Unless you’re a raider/PvPer.)  Haven’t there been times when you have just prayed for somebody from any given MMO developer to show up and say that?  Raiding and PvP aren’t the most popular activities in the game, so stop bringing them up in every single thread.  A bit of the total perspective vortex for a group in need of a being brought down a notch, right? 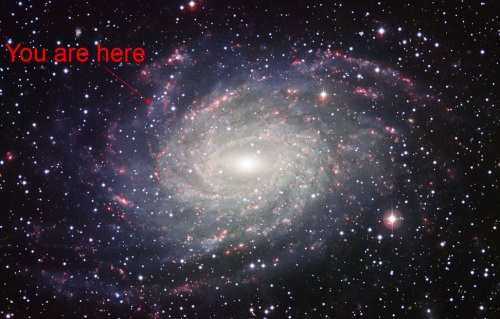 Having long since left raiding behind me, and never having been much for PvP, I feel more than my fair share of that warm schadenfreude glow on reading those words.  In your face, forum loud mouth!  You can bet that those words will be echoed for some time to come.

And yet, the words are incomplete.

All things being equal, Turbine probably shouldn’t spend time working on raid content to the exclusion of other areas if only a small percentage… let’s call it 4%… of their players raid.  Seems fair.  And I am sure that this reinforces what some of us feel, at least at a gut level, that resources are lavished on raiders out of proportion to their numbers in the game.

Unless, of course, we were to find out that raiders made up a greater percentage of paying customers.  Rick Heaton did say “total player base,” which in a free to play game has to include a lot of people paying little or nothing to play the game.  In the free to play market, 4% of your total player base might be a very large number when compare to total subscriber player base.  So if we found out that raiders, as a group, had VIP status… what they call the $15 a month subscribers in Middle-earth these days… at a much higher rate than the player base as a whole, then they might actually be more important than was made out.  And do raiders stay subscribed longer and play more and get more involved in the social elements of the game, including the forums?  Are they more committed to your game than other groups?  And what value does that have?

Basically, Rick Heaton slammed raiders and PvPers without really putting a nail in the coffin.  Turbine not building more content for 4% of their total player base sounds reasonable.  Turbine ignoring a significant portion of their long term paying players might not.  But we didn’t get those last bits as no doubt that would give a greater insight into Turbine’s business than they want to people to know.  I am honestly surprised a community manager came out and said as much as Rick Heaton did.

It also might be interesting to know just how “good” the raiding content in LOTRO really is?  That is a very subjective things, certainly, but does LOTRO raid content attract raiders?  I know that the PvP content has a small, dedicated following that is hampered quite a bit by Monster Play being sort of a side show of the game, but I have no real way to judge raiding in LOTRO, as I have never tried it nor do I know anybody who has.  I cannot name a single raid in LOTRO.  Does that mean raiding isn’t important to players or that Turbine hasn’t done a good job?

And there will be the temptation to generalize from this single statement and to apply it to what is generally terms “end game content” in other MMOs, with the first stop being WoW.

That is, I suspect, destined to a tragically flawed endeavor.  There are the general arguments I already made… who subscribes longer and is more committed.  Plus, I am going to guess, in the absence of any hard numbers at hand, that World of Warcraft sees a much larger percentage of players accessing raid content due to the much-maligned (by “real” raiders) Looking for Raid tool.  That is a matchmaking tool that works… just to circle back to those quotes at the top… for the specific purpose of giving lower commitment player the ability to experience the end game content.

Meanwhile over in EVE Online, where “end game” is a slippery concept, there is always the temptation to rage about null sec and sovereignty warfare getting more than its fair share of attention relative to the population involved.  There is the much quoted “most people never leave high sec” thing (though there is also the “most people who subscribe just leave after their first subscription cycle” thing as well, so most players never seem to get a reason to leave high sec) and the various constituencies throughout the game, most of which are not sovereignty holding entities in null sec.  But even its detractors have to allow that null sec gets press outside of gaming circles.  A giant battle like B-R5RB boosts new account generation.  It is hard to have a more tangible impact on a game than that.

And I suspect there are such arguments to be made around other MMOs and their end game content.  Not all of it is as focused on raid content as, say, the EverQuest time locked progression servers, which are raid driven by design, that being the way the next expansion vote is unlocked.  But end game, and keeping players playing once they reach the level cap is still a concern.  Longevity is tied to profitability in MMOs.

So as amusing as it is to point and say, “Hah, raiders got totally burned!” on that comment, I am still not sure what one should really take away from that particular statement.