I know I have rolled up a Draenei character or two at some point.  There was a time that, if you wanted a shaman on the alliance side of things, you had to make a Draenei.  I am sure I gave this a whirl at some point.  But when I looked through my list of characters, I could only find a Draenei death knight.  Since death knights start at level 55, that means he never went through the whole Draenei starter zone.

So Draenei have not been my thing, what with only a single blue space goat in my roster.  Now however, with the whole Loremaster project going on, it was time to return to the Draenei level 10-20 zone, Bloodmyst Isle, and the last achievement I needed for the alliance 1-60 part of the game. 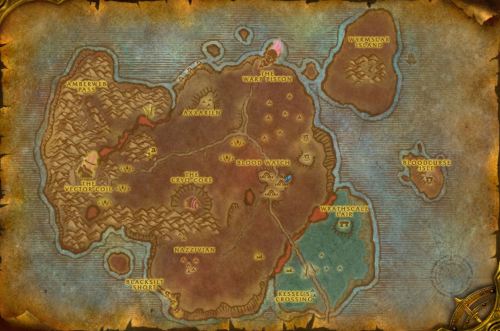 This should have been a doddle.  The first twenty levels are often cited as the fun part of MMOs.  It gets you out in the open air, you run through some easy-peasy quests, you level up quickly, gain new skills, and generally experience a lot of the things that seem fun before ending up in the torpor of the mid-levels. But the Draenei experience lasted hours. It was a slow, horrible process.  So much so that I am making it the official position of this blog that Bloodmyst Isle is currently the worst zone in World of Warcraft.  And I say this with the perspective of having done most of the 1-60 zones in the game over the last year, including Silithus, the Eastern Plagulands, most of Vashjir, and the blood elf starting zone.

I get to laying out the sins of this zone after the cut.