We returned for our twelfth round of this game of Civilization V, which started back in early May.  Joining me this week was Potshot and Loghound, it being Mattman’s turn for a week away.

I had a very simple goal for this round.  I wanted to knock out two, or maybe three if we were lucky, of the AI civilizations.  I figured that the fewer AIs gumming up the works, the more responsive the game would be.  And we had two very likely candidates.  Morocco, which had been hanging around without actually possessing a city since week 8, was first on the list.  Last week I had spotted what I had hoped were his last few units and I was ready to dispatch them as soon as we got going. 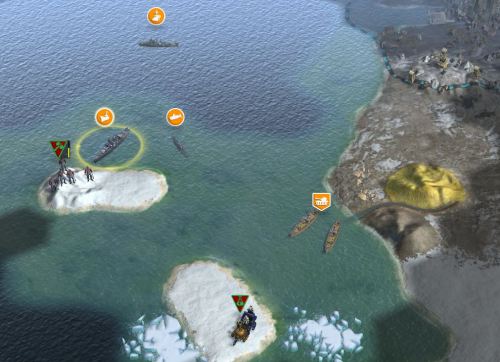 See you in hell Morocco!

And then there was Russia, which had been reduced to a single city on a two hex island, hemmed in by Loghound and his Celts, and just waiting for the dagger to be driven home. 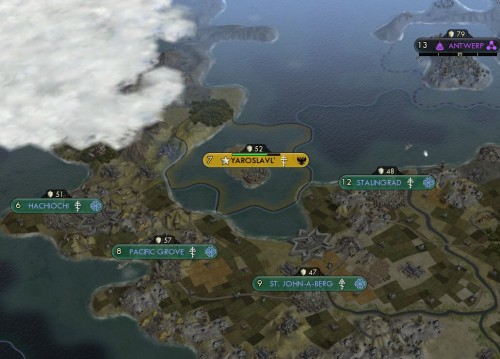 The potential third empire headed for destruction was that of Montezuma and the Aztecs.  With Potshot back it looked like we could renew our joint offensive and drive the Aztecs to the brink of destruction.

But first we had to start the game already.  More after the cut.