Star Wars: The Old Republic continues trucking along, successful by all reasonable measures save comparisons to the Azerothian behemoth.  It is arguably more successful than Star Wars Galaxies ever was.   Somebody likes EA’s fourth pillar.

Yes, SWTOR has to walk the free to play path, the reality of the current market, while trying to coax people back into subscribing lest they have to purchase their hot bars a la carte.  But it is still moving along some of the more traditional paths, to the point of some still counting it as a subscription MMO.  It has had expansions and increases to the level cap and what not.

And so it is just part of the normal MMO cycle that they have a new expansion (or new DLC according to some… what is the border between the two?), Shadow of Revan, coming out December 9th. 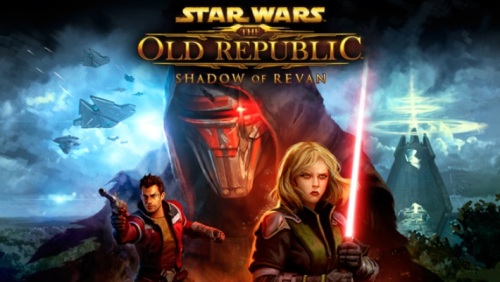 I suppose we should be thankful that they decided not to drop in November like all those other MMOs.

But 2014 is shaping up to be the year of insta levels.  The growing trend is to give your players a way to vault past a lot of early and middle content in your game in order to line them up to be able to experience the new hotness that is your latest expansion.  As Tom Chilton said:

By building expansions, you are effectively building up barriers to people coming back. But by including the level 90 character with this expansion, it gives people the opportunity to jump right into the new content.

Of course, Blizzard wasn’t the first to market with that idea.  SOE was out there ahead of them with a level 85 boost in EverQuest II before the Warlords of Draenor announcement.  But the World of Warcraft insta-90 boost made the bigger splash, and sells for the bigger bucks, weighing in with a $60 toll to get to 90. 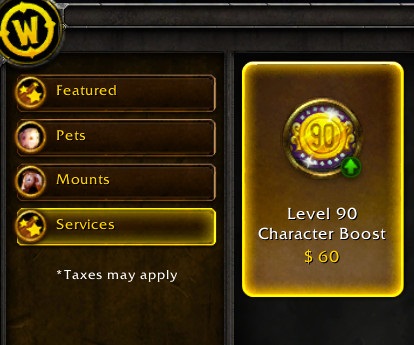 The reality in Azeroth

Anyway, insta levels have become a thing and you can get them by one means or another in EverQuest, EverQuest II, World of Warcraft, Rift, and Lord of the Rings Online if the moon is in the right house and you think getting to level 50 in a 100 level game is a worthwhile purchase.  And EA needs to live in the ecosystem.

Which brings us to the Shadow of Revan expansion.  People more knowledgeable than I are talking about the expansion in general and features like dumping talent trees.  You can find some of that at:

While I played a bit of SWTOR this year, it wasn’t enough for me to feel that I know squat about the game or how important a new expansion and five more levels might be.  But I am interested in one pre-order aspect of the whole expansion.

In case you cannot read the fine print, EA is offering subscribers who pre-order a 12x boost to experience earned by class story quests. (Some details on what that means.)  While that isn’t handing out levels, it is making them much less difficult to obtain, though that might not be enough for some.

The interesting/awkward bit is that this is a limited time offer, and the boost expires on December 1st.  That is definitely pushing people to subscribe and buy the expansion sooner rather than later in order to take advantage of the boost.  And if you do roll with this you will no doubt know more about your character and class and the storyline of the game, even having played through at high speed, than you would have if they had just given you a level 55 boost.  The problem comes on December 2nd, when the talent tree system you just spent all those quick levels getting acquainted with goes away, to be replaced by the new discipline system.  That seems like kind of a misstep, but maybe most people don’t have as much problem re-learning how to play a character as I do.

Now, up to this point, you can make a strong argument that this 12x boost doesn’t belong in the same bucket as the other insta level schemes I mentioned.  While there is the whole “but you have to play those levels, even if they are fast” aspect, I think that is much weaker than the limited time nature of the boost.

But if down the road a ways EA puts that 12x boost to level 55 in the cash shop, I am going to say it pretty much falls in the same category, being clearly intended as a way for the player to pay not to play as much of the game as you otherwise might have to, as opposed to the garden flavor of xp boosts most free to play games offer, which I cannot recall ever exceeding 2.5x.