Another of those regular end of the year posts where I either try to reflect on the past or peer into the future.

I don’t do this post every year, but once in a while I am driven to it for one reason or another.  Last year it was because I could come up with five good candidates for what new things I might be playing in 2014.

Granted, one of them was a new expansion, Warlords of Draenor, rather than a new game.  But at least I had four potential new games.

Okay, three potential new games, since I had EverQuest Next on the list, and that was beyond a long shot even a year ago.

Or maybe really two potential new games, since Landmark, still burdened with the EverQuest handle at that point, was also on the list.  Sure, it was available to the public, for a price.  And I even played with it a couple of times.  But it isn’t even feature complete yet, so SOE calling it beta is purely a political move. 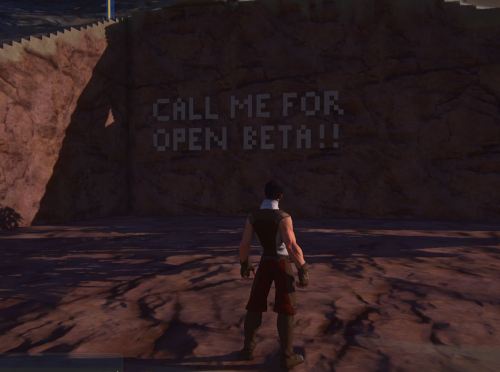 And that will be… when?

There simply wasn’t enough “there” there to call it a game.

But there were two potentials, two new games coming in 2014 that raised enough interest in me that I could imagine myself perhaps playing them.  The were The Elder Scrolls Online and WildStar.

And I did not play either of those.  I downloaded the beta for TESO, and while it felt like it had an Elder Scrolls vibe, an opinion based entirely on my few hours of playing Skyrim, which shouldn’t be viewed as being at all definitive, it did not really enchant me.  I was more interested in whether or not it and WildStar could pull off the monthly subscription model and last through to the end of the year without going F2P.  They made it, though things look grim for WildStar on that front.

So, in the end, I played one game on my list, which was just an expansion to a game I was already playing and which celebrated its 10th anniversary this year.  I also played EVE Online, which passed the 11 year mark this year, and started in again on EverQuest II, another title in the double digit age range at this point.

I suppose I could throw War Thunder on the list, but that really isn’t an MMO in the sense I mean.  That, and World of Tanks are more lobby based battle match making games than persistent world.  I did take another shot at Star Wars: The Old Republic, but that passed quickly.  I’ve already spent more time in EverQuest II this week than I did in SWTOR all year.

So that was my year in MMOs  2014 was completely rooted in old standards.

And, as I sit here, it looks like that might be the way 2015 rolls, all old school.  Gaff, having patched up EQII and then balked at how dated it feels… and it does feel dated, though for me that is part of the charm… is talking a bit about Lord of the Rings Online.  But I don’t think LOTRO is going to win many points on the fresh-O-meter either.

I cannot, at this moment, bring to mind any new titles for 2015 that I might play.

Sure, I could go do a bit of research and come up with a few.  I know there has to be a few persistent, virtual world-like, MMORPGs slated for 2015, but I figure that if I do not know them without a Google search, then they are unlikely candidates at best.

But I am not feeling it for Landmark really, and of the other four we might see something really playable (not just a badly branded open play test or bits and pieces) from Shroud of the Avatar or Camelot Unchained by next December, given the current state of progress.  Might as well just save those for the 2016 list.  I’m not really interested in doing beta any more.

So there it stands.  My likely slate of MMOs for 2015 appears to be:

Not that such a list is bad.  As long as I am enjoying my time playing, it doesn’t matter if I am playing something new of something I started playing a decade back. And, at least in the case of EVE Online, it is an exciting time to be in the game as things are changing.  But after years of being able to name at least some new stuff coming in the next calendar year, it seems a bit odd to only be looking at the same things for 2015.

Of course, the golden age of the big MMO launch seems to have passed.  It has been a while since there was a list of strong candidates.  The market is too crowded, there are an almost unbelievable number of second or third tier titles, and going forward we seem to be entering the age of the niche title that focuses on a specific strength catering to a specific demographic.

Addendum: And now that I have written this, Massively has a “what are you looking forward to in 2015” post with a list of titles… and most of the staff mention Landmark or EverQuest Next or both.  Their poll lumps the two together in a blatant display of SOE bias. (And the two titles together are still losing to Camelot Unchained, though Mark Jacobs is all over the comment thread, so he might have called out the cavalry.)