A couple years back Gevlon left the warm, themepark embrace of World of Warcraft to try his hand at the wild west that is EVE Online.  This was a match made in the heavens.  He tore into the game in his usual way… heaping scorn and derision on morons and slackers. 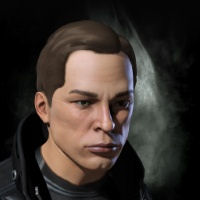 Not green in EVE

His start was a little rough… or at least a little rough to watch, as his lecturing tone pointed towards long known truths as though he were the first to discover them.  We all have those moments of discovery… just as a blogger you tend to announce them to an audience that is often a few pages ahead of you.

Some predicted from these early posts that he wouldn’t last long, but I always knew that he would be hooked on New Eden.  It is a Goblin’s delight, a game with no actual game except for what you define for yourself.

At some point, as is natural, Gevlon came into contact with Goons, which was one of those “Sparks, meet my friend kindling!” moments.  Gevlon’s demeanor is exact match, if you were looking for something to provoke Goon mockery.  A conflict was born, filled with ISK and stilted rhetoric.

Gevlon eventually decided to use the huge wealth has had amasses to fight the Goons.  During the Fountain War he threw in with TEST, paying them to let him join in.  Eventually he founded Grr Goonswarm in order to finance people willing to oppose the Goons.  Forever war it would be.  He has a summery up of the first year, and even mockingly offered Goonswarm an option to surrender. (The option and it’s reply is covered here.)

And you think, in a community where two of the main news sites can be loosely defined as “pro-Goon” and “anti-Goon” and the Goons already had plenty of enemies, that forming a coalition of the willing would be easy.  But that does not account for Gevlon.  It is reported that he can be trying to deal with.  He had problems with TEST back in Fountain.  He has had defections from his mercenary ranks for various reasons.  One of the ISBoxer stealth bomber pilots flipped sides, stopped camping YA0, and came along on a Reavers deployment because it seemed like more fun.

ISK is not everything.

And then something new came down the grapevine today which, if authentic, is a double punch of hilarity.  From Tora Bushido, head of the Marmite Coalition, it takes issue with Gevlon’s claims.  The killer here is that Marmite was already declaring war on null sec corporations in order to hunter their logistical operations.  Gevlon was paying them to keep CFC alliances on the list.  But he still managed to annoy them and now they want compensation.

I suppose we will hear about this from Gevlon if it turns out to be true.

Gevlon : You’re Fired!
From: Tora Bushido
To: Gevlon Goblin, [and a few other interested parties]

Of course we are doing these wars for free, as we make 0 isk on them. You are getting the service of killing your enemies for cost price. You know any businesses who would sell you anything for cost price? Exactly, none of them would. Not even the non-profit ones. For someone who is good with numbers, you can act pretty dumb. And we are doing this without any extra effort? Who do you think is paying for the ship losses we have every month because of these wars? Yes, we are, not you. So don’t give me this crap.

We have tolerated your blogs long enough, where you keep telling everyone how you are ‘destroying the CFC’. I call bullshit. You havent done shit. If anyone has done anything, it was Marmites doing the killing. It’s like buying a painting and telling everyone what a great artist you are. We knew this had zero impact on the CFC, but we were enjoying the killing, smacktalk, blogs, content. It’s time you get your wake up call.

Price just went up to 15B / week. You not willing to pay it, fine, we’ll go talk to the CFC and see if they want to support the wars against BL, Mordus, TRI, etc. and we will cancel your grrr….Goonies project. You can have it any way you want.

Go luck with finding people who work for free.

Ps. You are fired!

Gevlon has his response to this posted.

The letter is being covered over at TMC, where I am sure the comments will be more… interesting.