I have something of a philosophical question.

I mentioned more than a year back at this point that my other blog, EVE Online Pictures, had been accepted as an official fan site by CCP.  It is listed over on community page for the game. 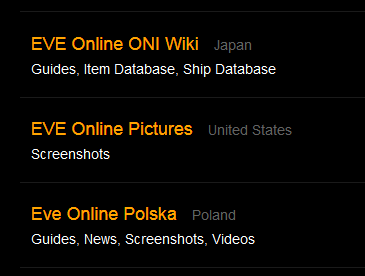 Somewhere between Japan and Poland now…

Aside from that listing, one of the benefits of running an official fan site is that you get a free account.  So long as I remain in this program I will never unsubscribe from EVE Online because I am playing for free!  FREE!

Well, “free” as in not having to pay any money.  I still have to keep my site up and active.  But that isn’t such a big task.  I tell people I literally pay for my account by taking screen shots.  A pretty sweet deal, no?

Anyway, as I said a year back, you can consider me bought and paid for by CCP, though I doubt you could detect any difference in my posts since I got the whole fan site thing.

But there has been a change.  Fan sites were recently sent an update regarding the program that included this offer:

We are currently planning to change the rewards that we are currently offering to Fansites. Firstly, we are adding the option that will allow you to get PLEX rather than gametime. Anyone taking up this offer will be granted three PLEX per quarter (for a total of 12 PLEX per year). If you would like to take advantage of this offer, please email me or file a support ticket.

On the surface, this seems like a bad deal.  I would be trading an option where my account is free 365 days a year (366 on leap years!) for an option that gives me only 360 free days every 12 months.  I might have to pay for those extra 5 (or 6) days eventually!  Oh noes!

The thing is, as a human, I am not always a fully logical being.  Far from it.

For me, a subscription to a game I play actively is no big deal.  I just pay it, or put a credit card on auto-repeat and it gets paid automatically, and think no more about it until I stop playing.

Basically, in my world, subscriptions are easy, which makes them about the polar opposite of cash shop items.  Leaving aside immersion issues and not having anything worthwhile to buy, the biggest problem I have with free to play… or perhaps it is the biggest problem free to play games have with me… is simply getting me to buy the special in-game RMT currency, be it Station Cash, Turbine Points, or Aurum.

I think World of Tanks might be one of the few exceptions to that, and I didn’t buy much from them.

The only time I tend to accumulate and use an MMO’s RMT currency is when I opt-in for their subscription plan, and that plan includes a currency stipend.  This is how I ended up with a pile of Station Cash… which I think is now Daybreak Cash… and Turbine Points.  And while I have noted the problem I have with a lack of offerings in some games, I have ended up spending my Turbine Points in Lord of the Rings Online fairly freely.

So my theory is that if I went with the PLEX route, I would be more likely to do things I have considered from time to time, like buy ship skins or activate another account for a short time at need or consolidate characters from a couple of accounts onto a single account or enable multiple skill training queues, which might make the game more fun or interesting, because I can use the PLEX I have been given.  Or I can sell it on the market if I need some ISK, or I can just use the PLEX and cover 30 days of account time.  (See How to Use PLEX on the official site.)

I get more flexibility, and it will take a while for those five (or six) days to catch up to me anyway.

Like I said, this isn’t logical.  I could do these things by just putting up the cash, but my history says I will not do that.  But paying for a subscription?  I won’t think twice on that.

So, as I said above, to PLEX or not to PLEX?

Erm… I mean get on the Lockjaw server today!  Maybe.  Daybreak has targeted today, May 29, at 11am Pacific Time as the launch point for the second Voting Time Locked Progression Server, Lockjaw.

Want to know when Lockjaw opens? We're targeting 11AM tomorrow, Friday, May 29. See you guys then!

Given all they have gone through over the last week, I would hope that this would be the easy bit.  Just clone the server, wipe the character database, and go!  As if anything in life is ever that simple.

As I noted in yesterday’s post, this seems to be the only answer for Daybreak at the moment.  Even with all the updates they have done for the Ragefire server, it remains popular beyond its capacity.  People will have to start fresh however.

On Lockjaw, there will be no day 1 transfers from Ragefire. We want Lockjaw to be its own "animal" with a new population, not an overflow.

How this plays out in the longer term… well, Daybreak could help out by not forgetting about how popular Ragefire has been while they have talked about it. 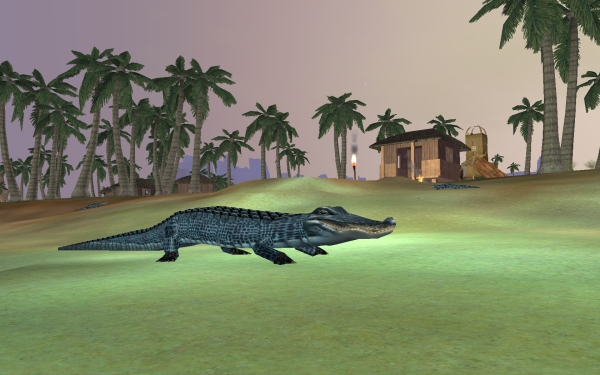 Don’t forget about me!