The celebration of the 20th anniversary of Pokemon continues.  This month’s legendary Pokemon is Darkrai, the nightmarish legendary Pokemon that first showed up as a special download during the Pokemon Diamond & Pearl era. 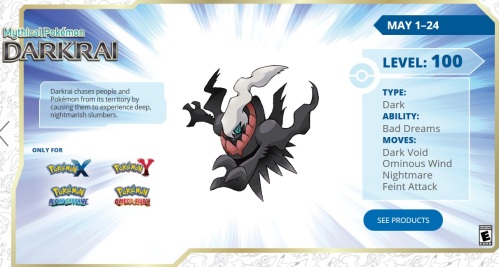 This month though the Pokemon 20th Anniversary event requires another visit to GameStop to pick up a card with a code to claim Darkrai.  I went by GameStop already with my daughter and a friend in tow to grab a couple cards. 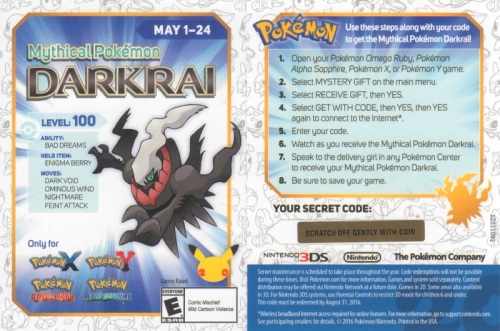 While there were three of us standing there when I asked about the cards, the clerk only handed me two.  I suspect he thought I was asking for the kids rather than for myself primarily.

As before, the code is only good for Pokemon X & Y or Pokemon Omega Ruby & Alpha Sapphire on the Nintendo 3DS or 3DS XL.  Other Darkrai related items are also available in May.

That is the main event for May, but it is not the only Pokemon available.

There will also be three, one week only direct download events this month featuring Pokemon from Pokemon X & Y.  The Pokemon available are: 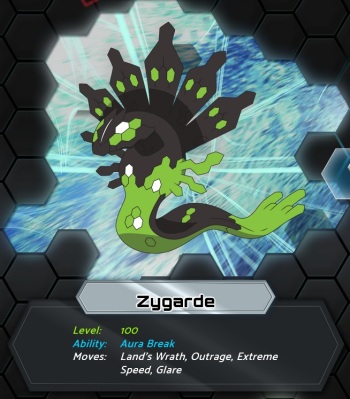 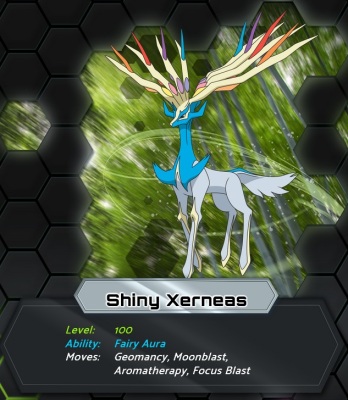 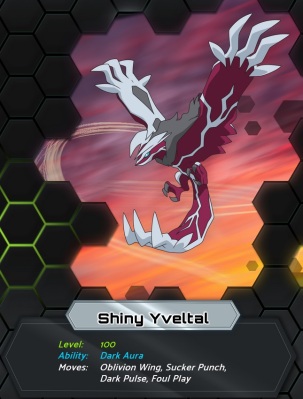 Xerneas and Yveltal are the X and Y styled Pokemon from which the Pokemon X & Y entries in the franchise derive their name.  Zydarde is the Z, who might have gotten his own follow up title if Nintendo and GameFreak had been on their old plan of putting out an interim title between (e.g. Pokemon Emerald or Pokemon Platinum) major releases in the series.

And, to wrap up the month, if you signed up for the Pokemon Trainer Club newsletter, as I mentioned in last month’s update, you would have three codes in your email inbox by now to download the legendary trio of Articuno, Zapdos, and Moltres. 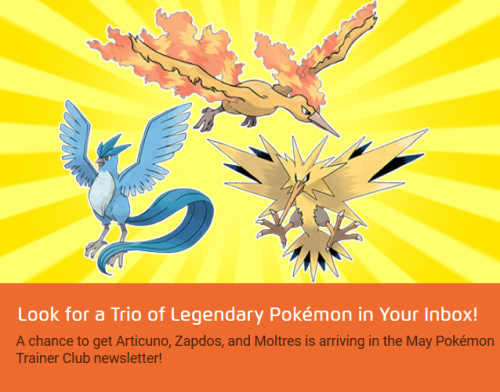 May is for “Many” Pokemon

So if you are on the ball and serious about this sort of thing, you could be adding up to seven legendary Pokemon to your collection this month.  And the events will carry on through the remainder of 2016:

The events will culminate in the release of the next entry in the Pokemon RPG series, Pokemon Sun & Moon.