This month’s Blog Banter, number 75 in the series, asks the following:

What Does Project Nova Need to Be Successful?
At Fanfest CCP showcased their current iteration of the FPS set in the Eve Universe. Following on from DUST514 and Project Legion, Project Nova is shaping up to be a solid FPS with CCP taking the decision to get the game mechanics right first. However with so many FPS out there what will Nova need in order to stand out from a very large crowd and be successful? What are the opportunities and perhaps more importantly, the dangers for CCP? How can Nova compete against CoD, Battlefront and Titanfall to name a few?

And the topic of the month certainly hits the nail on the head. 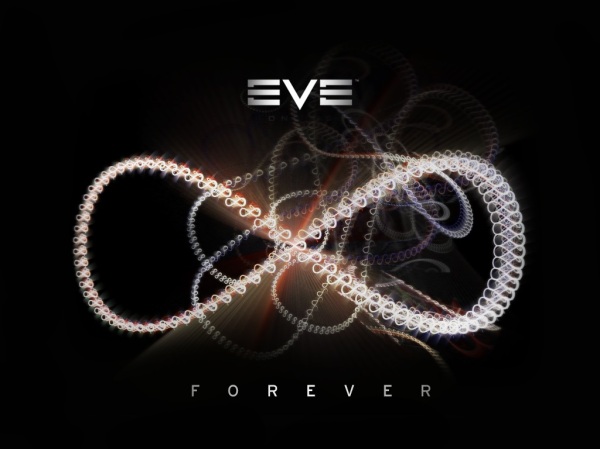 CCP has certainly found success with spaceships.  EVE Online is an enduring money maker, having just turned 13, and while the jury is still out on EVE Valkyrie in the long term, it certainly happened to be the right title at the right moment for VR and so will likely pay off the investment in the title.  But those two, and the board game Hættuspil, are about the limit of success for CCP.  Certainly DUST 514 didn’t pass that bar.

But at least CCP has some experience in that area now.  And they corrected one of the DUST 514 problems already by putting Project Nova on Windows, where most of its fan base resides.   But Project Nova still faces huge competition. 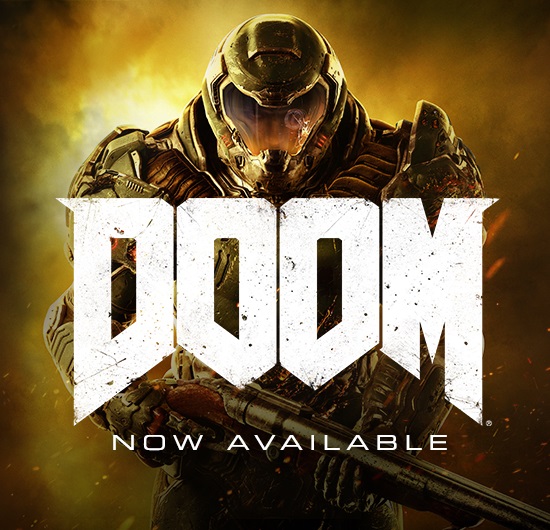 I think the last line in this month’s question undersells the market.

That last one is they key here.  According to Steam we’ve already had 30 titles released so far this year that match both “FPS” and “multiplayer” as keywords.  And while they are not all stars or even good or likely direct competitors, they are mucking up the market. 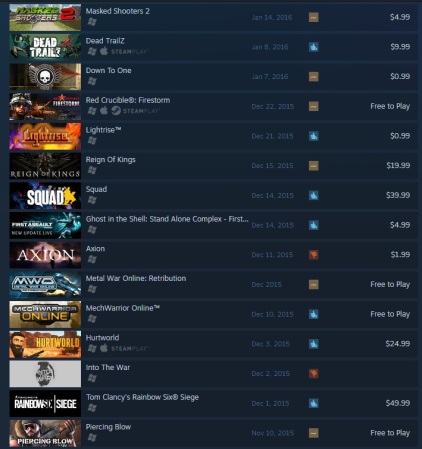 So we have a crowded market where the big players toss out a new, big budget, best selling titles at least once a year (along with a retro title now and again), and only a few titles endure and remain popular over time.  Given that, CCP has some options:

Play to your base – Give it an off-planet, space theme and put it in the EVE Online universe.  I only saw a bit of the footage from Fanfest, but it looked like fighting in stations or citadels was already on the list.  It felt a bit like Marathon updated to me.  Maybe give people a bit of the in-station experience that a small part of the player base craves.

Link with EVE Online – This is a bit more risky.  While a given, and something that would get EVE players interested, CCP should not make anything in one game depend on the other.  We were promised orbital bombardment with DUST 514, but I never ended up dropping rocks on anybody.  On the flip side, links with New Eden could make for a more enduring title, which I think might suit CCP better.  I do not think of them as a studio able to crank out a new title yearly.

VR perspective – CCP already has work invested in VR, so their claim to fame could be in bringing the first space themes FPS to market.  Granted, that would limit, rather than increase, their audience at this point, but it plays to a potential strength that CCP is trying to establish.

I am not sure that any of those would guarantee success even if Project Nova is good.  I am not convinced that being good is enough in a market where being the latest Call of Duty seems to be the key to financial success.  I think the best that CCP can shoot for is to be enduring, like EVE Online itself, to make something that has a solid and interesting base which can improve and evolve over time.  What that looks like though… I do not know.

Of course, my FPS days are long behind me.  I haven’t been any sort of good at the genre since the days of Desert Combat.  I don’t wish Project Nova anything but success, but I am not sure how you get there from here.

And just a couple blog banters ago the topic was what other games set in New Eden should CCP pursue, and my own entry was about as far from an FPS as one could get.

Anyway, that is my submission for Blog Banter 75.  Others answering the call: