I almost forgot, today is the day that Landmark goes live.

After the long road from the SOE Live of 2013 where Landmark was something of a footnote in the EverQuest Next story to it becoming its own game and early access and the usual long drought of information then the death of EverQuest Next to the dead spot press release all to reach today and the actual launch.

The servers are up, the official site has been updated, the “early access” disclaimers have been removed, and the game is listed as a new release on Steam. 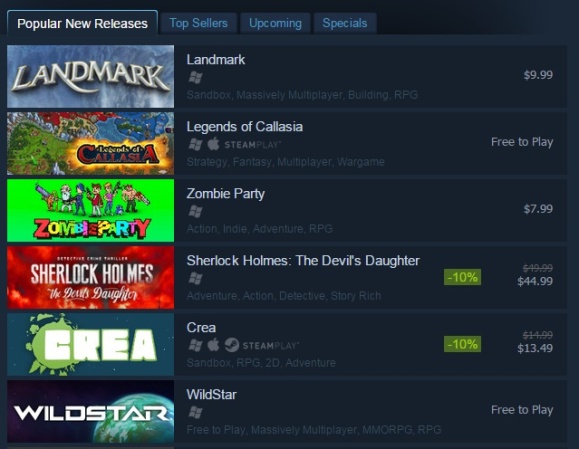 I am not sure what qualifies it as “popular” rather than just a “new release.”  When I checked the Top Sellers list it was on page 7, putting it somewhere between the 151st and 175th most popular game on Steam at the moment.

Meanwhile, over at Daybreak, the server status page isn’t exactly showing the game is on fire here at launch.

Is everybody off watching the Warcraft movie tonight?

Or is this what a launch day is like when a game with a modest fan base to start spends more than two years lingering in “early access,” changing companies, changing designs, and changing payment plans all before a dwindling live studio audience?

What would sell people on Landmark here at launch day?