The war, for whatever name you chose… Casino War, World War Bee, The War of Sovless Aggression… will effectively be over by the end of the week.

The Mittani announced on the weekly fireside chat yesterday that The Imperium would be packing up and leaving Saranen. (Recording here, since it is already up on Reddit. The meat of the announcements are in the first 10 mins.)

I have previously had people tell me that the war was over already because The Imperium lost all of its sovereignty, or because they personally were done, or, most bizarrely, because Reddit wasn’t talking about it enough, as though Reddit defines reality.  But I have always maintained that wars aren’t over until the losing side admits defeat and goes away.

Well, here is that admission.  We lose.  End of war.  Fabian strategy failed.  The reconquista has been postponed indefinitely.  The MBC/CFC 2.0, rules the north.

So the fight, which has been going on for over six months for some of us, is over.  I know that there are ops going on this week, running into Pure Blind, but my heart isn’t in it now.  Of course, part of that is because we were told to pack all of our stuff and be ready to move this coming weekend. 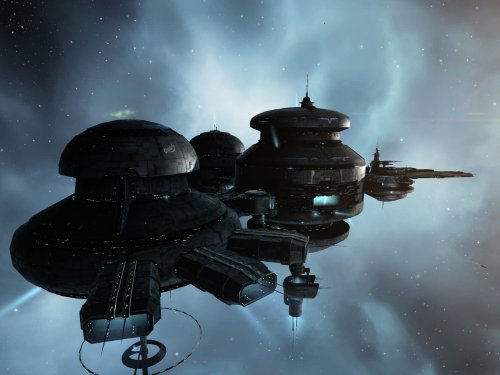 I was just enough ahead of the curve that I got nearly everything out of Deklein and Tribute before the MBC began to actively contest those regions.  There is still a Harpy in one station, a blockade runner in another packed with a final bit of stuff, and an Oneiros I put up on contract in UMI-KK.  But that is about it.

I sent a lot of it to Jita to be liquidated so as to have ISK for a protracted war, but a good chunk of useful stuff ended up in Saranen.  And my stockpile in Saranen grew as we swapped doctrines and I had to buy new ships time and again.

Now that all has to go… somewhere.

Even before the fireside chat was over I had repackaged a bunch of ships and modules and contracted them to be shipped to Jita.  That was the first pass, the easy picks, the ships no longer in doctrine and related items, 100,000 m3 of stuff.  It has already arrived safely.

But I am still left with a lot of stuff in Saranen, more stuff than I can easily move, including a carrier.  Since I am not part of CapSwarm, I am not sure how I will get that safely to wherever we might be headed.

Of course, that is the big question of the day, where are we headed?

If you look at the current null sec influence map, you will notice that there isn’t a big empty spot in sovereign null sec for us to simply move into.  So we will have to take some space.  But where?

Even leaving aside our old space, space occupied by groups with which we have agreements (various Russians), and space that is just shit (sorry Period Basis), there are a variety of possible destination regions on the map.

Where will The Imperium go?

Delve is the classic Goon location and has NPC null stations to stage out of.  Querious has good access to empire space.  Fountain is old, familiar territory, though a bit close to the MBC.  Etherium Reach keeps some proximity to the big trade hub in Jita.  And the others… well… they are far away from the MBC.  Who is likely to follow us to Omist?

Everybody has a guess as to where we will be going, but the official announcement won’t come until the end of the week.

Wherever we are headed, we have been told we will be there for a long time, a year or more perhaps.  And that brings up the question of how this will change The Imperium.  Some people are tired of the war and want a place to settle into and in which they can rebuild.  Others are invested in Deklein and the north, either identifying with it strongly or having left a lot of their stuff behind.  This long march into exile may winnow down our numbers further.

As we head towards the new normal, whatever that may be, the winding down of the war and the summer downturn in PCU numbers has led to the usual “EVE is dying!” reaction, which is the topic of this month’s blog banter.

I won’t be joining in on that, I have too much to do in game.

10 thoughts on “Defeat in the North and New Destinations”