We are all waiting in anticipation for the November release, a full on, old-school, EVE Online expansion, which even has a name now: Ascension.  No doubt much of EVE Vegas will be devoted to reveals and discussions around that.

But Ascension is almost a month away, so we’ll have to wait for the goodies, which will apparently include an increase in capital jump range.  In the mean time there is the monthly-ish update for October hitting today.  No special name, no real glory, but still a few items worth note are being delivered.

The Crimson Harvest event is set to return to New Eden next week.  While the details are sparse, it is probably safe to assume that it is akin to last year’s event, with Blood Raider sites appearing in game, dropping a special skin and cerebral accelerators. In anticipation of this, CCP is setting up to peddle some additional skins and PLEX offers.  Or so I gather.  The information on the updates page is pretty vague. 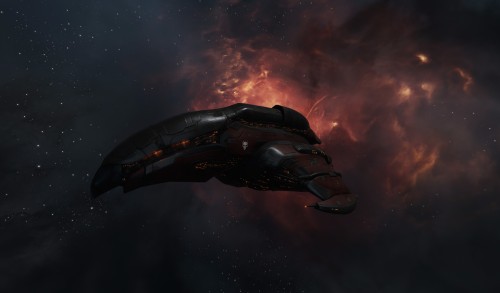 Coming into the game with this update will be updated graphs for the market. 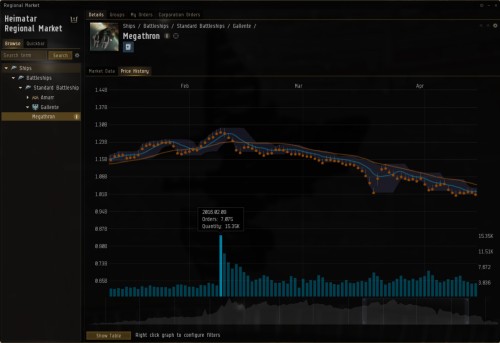 Also arriving in New Eden will be the blueprints to create the charges that will be used with the much anticipated revamped fleet boosting mechanic that is coming with the Ascension release.  People can now start producing the charges and stocking the market in anticipation of their coming need.

Coming out of the game is the in-game browser.  This change, announced back in June, but appearing in the patch notes at the last minute, was due to the work needed to keep such a browser secure and up to date.

While an understandable motive in a time when CCP is devoting more resources to its VR games at the expense of EVE Online, it will be missed by people who play full screen or on a single monitor or who have third party utilities that take advantage of the browsers access to in-game data.

The Imperium’s participation link system used to use the in-game browser, but has been modified to use CREST to grab fleet members to note their attendance.  Now the FCs just have to remember to use it.  I used the in-game browser for the last time on Sunday for a fleet.

Other updates to the game include performance improvements to graphics post-processing, which seems aimed primarily at AMD users (so let’s hope it doesn’t kill nVidia performance in the grand CCP tradition of every change creating a new problem or three),  something about balancing the hard points on mining ships to match their appearance, and the usual round of bug fixes, including solving the wandering stargate issue that has come up on Reddit a few times of late.  From the patch notes:

Stargates would occasionally express their envy of dynamic objects by moving to a different position in their solar system after downtime. They have now been properly anchored and should remain firmly in their intended positions. “Pity the poor stargate, destined to remain forever immobile whilst faithfully sending ships towards locations that it can never know.”

There are a host of other small items in the patch notes, plus the rather shallow entries on the updates page regarding today’s release, which has been deployed successfully.

As always though, there is a song for the release.