Back in early October NCDot, Pandemic Legion, and the usual assortment of hangers on announced that they were going to invade Circle of Two’s space in Tribute and take it from them.  Pandemic Horde coveted the system of M-OEE8, which its easy access to Jita, so they and all their friends were going to go get it. 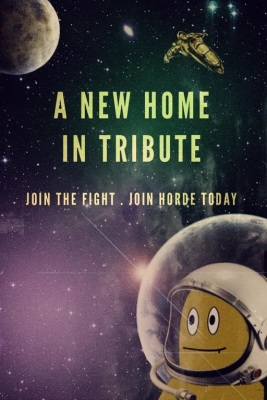 Horde has a vision

This was exciting news and seemed, in some ways, the final encore of the Casino War as the final pre-war resident of the region, Circle of Two, was set to be evicted.  Of those who invaded the north, TEST was CO2’s only major ally.

Of course, the only reason CO2 lasted that long in the north is that they sold our the Imperium before the first battle in their territory even began.  Stewing territorial grievances (among other things they resented having TNT, my alliance, in Tribute from the day we showed up) and bad cash management got them to switch sides, hand over intel, and actively join the fight against the Imperium.

As you can imagine, the thought of the Circle of Traitors getting their own comeuppance was a happy one.  I dubbed the whole thing the Schadenfreude War, as the two sides grinding against each other was going to be entertaining no matter who won, just so long as there was blood.

TMC and EN24 picked up the story right away.  War is always big news.

But rather than a supercapital blitzkrieg, it was more of a sitzkrieg, a phoney war in space.  There were a few skirmishes, but the greater effort seemed to be going into propaganda creation for Reddit. (Examples collected here and here.)  The TEST baby dino propaganda was especially good, I hope somebody has collected it all up somewhere.  And then there was the magnificent Be In NCDot piece. 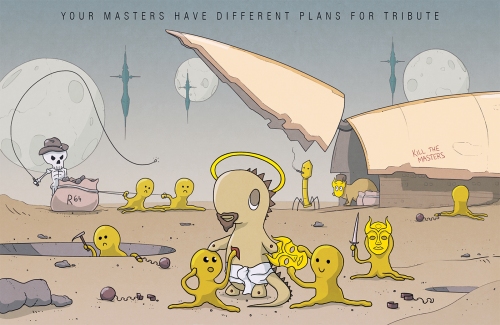 Propaganda without a war… well, that pretty much defines the EVE Online subreddit most days, cesspit that it is.  At one point my going theory was that NCDot was attempting to slowly bankrupt CO2 by dropping bait titans in order to kill off all of CO2’s tackle ships.

The was was dull and other events overtook it.  The Alliance Tournament, the coming Ascension expansion, the end of gambling in New Eden, and EVE Vegas all took their turns in the spotlight as Tribute simmered away.  There were no headlines about it on the various EVE Online sites, though both the major news sites, EN24 and INN, seemed to be pretty quiet overall.  I didn’t so much give up hope for that comeuppance as forgot it was even an option.

But the war apparently ground on without me paying it any attention, so that this past week I was surprised to see NCDot talking up the war in their recent state of the alliance as well as a reports of a battle in M-OEE8.  I headed on over to DOTLAN to check the Tribute map, and it looks like the aggressors have been busy. 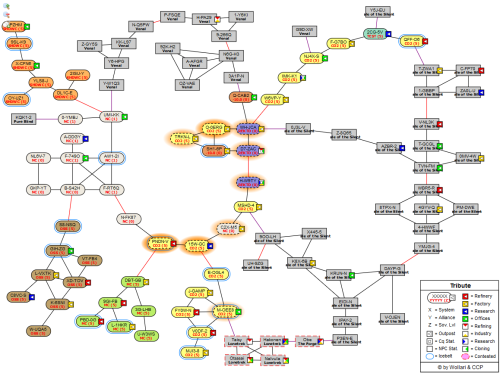 So the war has progressed, and that moment of schadenfreude for those of us in our new homes in Delve may come to pass.  There is also the usual null sec symmetry to the whole thing.  Back in 2012 I was there when we took UMI-KK in Tribute War of 2012 from NCDot, after which they pretty much gave up and moved south.  Now they are back again, invading down the same route we took, scooping up those very same systems the left behind four years back.