I was a bit late to the party.  While Pokemon Go kicked off in July of last year, I did not jump on the bandwagon until a month later. 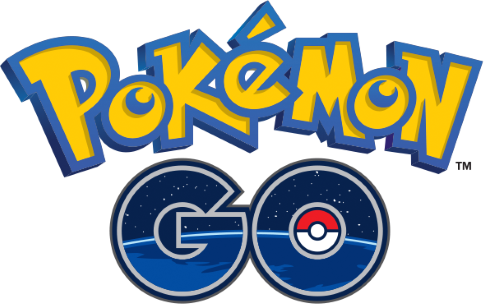 It wasn’t so much a matter of not wanting to join the rush on day one… even if that meant experiencing all the day one issues… as it was the lack of a device.  I only joined the smart phone set in August of last year, having held onto my LG “it’s just a phone” for long past its expected life span.

But while I was late to join, I have hung in with the game longer than most, judging by the numbers.

My sticking with Pokemon Go has likely been for a few reasons.

First, I do love me some Pokemon, so I am definitely in the target audience.  Being able to go outside into the real world and catch Pokemon… or sit on the couch and do so, since they show up in our neighborhood… was an immediate draw.  It isn’t quite like the core RPG games, but it is close enough.

Second, like a lot of phone games, it is pretty low impact.  I do not spend hours a day playing.  If I have a free moment I might pull out my phone to see

Third, it probably helps that I live in a pretty target rich environment when it comes to Pokestops and gyms.  The campus I work on has five Pokestops and a gym along a half kilometer circuit that I walk during the day.  There are two parks near our house with Pokestops and gyms as well.

Fourth, the change that added the daily bonus for catching and getting a Pokestop sped up the leveling process just as I was hitting the steep slope in the game, taking the edge off of that.

Fifth, the change to gyms and how you earn coins has also boosted my activity.  I challenge a lot more gyms and earn a lot more coins these days.  In fact, I earn so many more in a week compared to the old gym style, that I wonder if Niantic has erred on the side of generosity.  I went from maybe 10 coins a week to 100-200 a week, even with the 50 coin daily cap.  Of course, having something of a captive gym at the office that I can hold for a day a couple times a week might make me something of an outlier.  Some times I want people to take it from me so I can collect the coins and start again.

Sixth, the game keeps all sorts of statistics, and I love me some useless stats!  I’ll get to those below.

And finally, my wife still plays as well, so it is something we talk about and do together, much to the annoyance of my daughter.

Of course, not all is sweetness and light in the land of Pokemon Go.  A year down the road I do have some gripes.

The game still sucks battery life like no other.  When out and active, it sucks down at least 2% of your battery every minute pretty reliably.

The game does not reliably count steps/distance walked unless it is up and active.  I can’t just walk, I have to have the game up and going and in my hand.  At least you can set it to black the screen out if you invert the phone, which reduces battery usage a little.

The variety of Pokemon in any given area is pretty limited.  I was all excited when we went to visit my aunt one day and discovered her location was a hotbed of Magikarp.  Unfortunately, we were visiting her to help her move, so I have no reason to visit there again, and it is an hour’s drive, so I am not wandering up there just for Pokemon.

Earning candies to evolve Pokemon that do not spawn in your area is a big pain.  I have only managed to evolve one of the three initial starter Pokemon to its final form.  And I am still 135 candies away from evolving a Magikarp into a Gyrados.

The candy mechanic in general doesn’t jibe with the core Pokemon RPG expectation that you just need to catch one rare and then you can train it up.  You need to catch many rares in order to evolve and train up your Pokemon.  But if they’re rare, you won’t be catching very many.

5km eggs are just shit.  Nothing new has ever hatched from one for me.  When I have a bag full of 5km eggs it is demotivating.  A 2km or a 10km egg will get me to walk extra laps at the office.

As much as I like the new gyms, and even the mechanics for catching the raid Pokemon, actually defeating and catching anything rare requires more people to show up than I have ever seen.  If my wife and I cannot take a gym raid down, it just isn’t going to happen.

No trading, no playing against friends (or spouses).

Anyway, a year has gone by, the game has mostly evolved for the better, and I still enjoy playing, so I will likely keep going for now.

After a year of playing, this is where I stand.

These are the types of Pokemon I have caught, types being the key to the rock/paper/scissors aspect of Pokemon battles.

Pokemon can be of two mixed types, so if I catch a Hoothoot, I get credit for both a Normal and a Flying type.  As such, the numbers below add up to more than the total Pokemon caught/hatched listed above.

The two dragon type were a pair of Dratini I caught as a passenger driving through Oakland when we were stuck in traffic near the Bay Bridge.  As with the Magikarp, another situation I am unlikely to find myself in any time soon.

So that is the game a year in.