There was an announcement yesterday that we might see an Age of Empires IV some day, complete with a deliberately vague hype trailer. 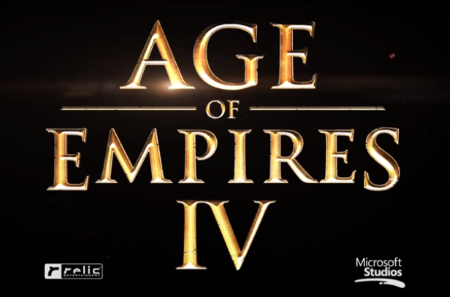 Age of Something IV

Still, on a slow Monday in August just before Gamescom simply whispering “Age of Empires” under your breath will get somebody hyped up.

It is a series with some genre-defining entries.  The original Age of Empires felt fresh and new back when it launched while the follow on, Age of Empires II: The Age of Kings (which we tended to call AoK)took the formula and refined it to near perfection.  It is an 18 year old title I still get out and play now and again.  It is an amazing mix of civilizations, each with their own strengths and weaknesses that somehow ended up as balanced as one could hope for.

It was a title deserving of an HD remastering, which we got via Hidden Path Entertainment back in 2013.

I am even a bit jazzed about revisiting the original game via the Age of Empires Definitive Edition that was announced earlier this year at E3.  I was never as big of a fan of it as I was the sequel, but I would still go back to give it a try again, especially with the promise of “improved game play,” which hope means rolling back some of the features from AoK.

So I have some sincere fondness for the series… or at least parts of the series.  After AoK the games fell flat for me.

Age of Mythology never thrilled me while Age of Empires III just fell flat in my opinion.  These are not titles I would go back to play again.

But by then key members of Ensemble Studios responsible for the initial magic of the series had moved on and the studio itself was shut down by Microsoft in 2009.  And while Microsoft attempted to leverage the fame of the series with Age of Empires Online, which really did flop, heralding the end of things.

Except now Microsoft is back and banking on the fame of the series yet again, with the remaster of the original and a new title in the form of Age of Empires IV, and my response to the latter is fairly cool.

I am not completely dismissive of the idea.  The did get Relic Entertainment to take on the task of creating Age of Empires IV and, as a studio, they have some RTS chops.  The are responsible for Homeworld and Homeworld 2, the Warhammer 40K: Dawn of War series, and the Company of Heroes series, all of which are notable titles in the genre.  And being owned by Sega hasn’t completely killed them off.

Anyway the complete absence of any details regarding the title means any conclusion you care to come to barely meets the minimum requirement for speculation.  So we will have to wait and see if this is really hype worthy or not.

2 thoughts on “How Many Ages Should an Empire Have?”