Long has been the tale of the Fippy Darkpaw Time Locked Progression server and it has been quite some time since I last posted about it. 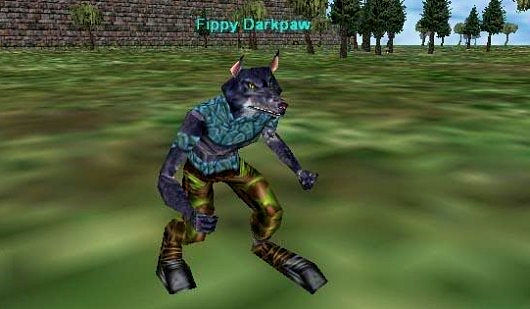 Fippy has been around for a while now

I started out playing on the Fippy Darkpaw server back when in launched in early 2011.  Potshot and I had our old school adventures for a time there.  And much fun was had. (You can click on the Fippy Darkpaw tag and scroll way down to read about us playing if that’s your thing.)  However the great big Sony hack that brought PSN and SOE games down for a couple of weeks killed our momentum and we fell out of the habit of playing and that was that.

But the server went on.  Such servers have their own lives.  I continued to follow major events on the server… votes and expansion unlocks… but at the time SOE was so bad at publicizing the server that I had to depend on people complaining in the forum about problems with new expansions to figure out when something changed.

I will say that Daybreak did get on board with their special servers and now broadcast updates prominently.  Good for them.

Eventually I gave up on following the server.  I made it to the Underfoot expansion in July of 2014 and that was about it.  Somewhere I said I would probably have two more posts at some future date, when Fippy Darkpaw merged with its twin the Vulak server and when the pair were eventually rolled into a live server.  That was the fate of the previous progression servers, The Sleeper and The Combine.

Now the first has come about, the Fippy Darkpaw server is slated to be merged with the Vulak’Aerr server in the latter half of October.  October 18th, to be specific.

My initial reaction was wonder that it took this long to get to a merger.

The two servers were the result of the usual unbounded enthusiasm that a new retro server tends to bring out in the EverQuest community.  That enthusiasm has a limit however.  After having two full servers for a short amount of time Daybreak/SOE tended to end up with one viable server and one sparsely populated one.  So people were calling for a Fippy Darkpaw/Vulak merger at least five years ago if not earlier.  But somehow the two marched forward on their own, probably more out of neglect than any actual plan.

Daybreak has since launched more such servers and has gone on to bring over multiple zone spawning technology from EverQuest II in order to handle the initial surge of players without having to double down on server creation.  The community split/merge problem has been reasonably addressed.

However, they still have two pairs of launch twins, Fippy Darkpaw/Vulak and Ragefire/Lockjaw.  The older pair now has a merger in their future and I expect that the newer pair will get the same treatment as well at some point.

The question, I suppose, is who will this impact?  Both sets of servers do not see much in the way of load these days.  There is a tendency to jump on the latest retro server when it shows up, and with Phinigel and Agnarr servers having shown up, a lot of people have moved on.  In my opinion the best part of any such server is everybody starting fresh.  But some community forms and sticks with servers even after the new server smell fades and the short term enthusiasts like myself wander off.

Anyway, something else to add to the tale of the Fippy Darkpaw server events.  According to the FAQ at the end of the announcement, the Fippy Darkpaw server is currently on The Darkened Sea expansion, which means it has only moved on five expansions since I last reported on it. That leaves only The Broken Mirror and Empires of Kunark to complete before catching up with the live servers.

And so it goes.  It looks like there will be a couple more entries on this list before the server goes away.  Also, this was totally going to just be the last bullet point on the previous post until I realized that I had a tradition of over-long posts about the Fippy Darkpaw server to uphold.