I did it.  The cool weather and the longer nights had already triggered within me the desire to get back to the serious business of playing a fantasy MMORPG.  I had just been debating which one, all the while averting my gaze from World of Warcraft.  Why go back to the obvious one?

But there I was on Saturday afternoon, looking at Steam and wondering if I wanted to open up RimWorld yet again to eat up a few hours.  I had a couple of colonies established that I could pick up, but they had entered that mid-to-end game state of being established and secure and on an obvious path forward where it is just a matter of dialing up the speed and reacting to events now and again.  As SynCaine noted on my post about RimWorld, “A game design problem as old as (Civ) time itself.”

So I wasn’t feeling it.

I like the idea of a goal, but I don’t necessarily want to micro-manage my way forward.  Workers have automation in Civilization games for a reason… except in Civ VI, where they only last through a couple of improvements.  What the hell?

And, as noted, I was feeling the fantasy MMORPG urge.  So it came down to me listing out which candidates I could get back into and have a viable goal to pursue.  Being on the outside looking in for the last year or so on that front has left my knowledge of goals… goals beyond just “level up”… pretty hazy.

But then there was World of Warcraft sitting there saying, “How about unlocking flying in the Legion expansion?” 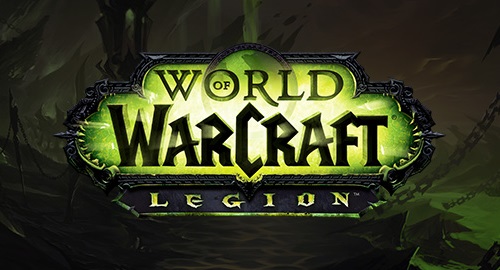 It was speaking right to my need with that.  And, after all, hadn’t I done the same thing with Warlords of Draenor?  I played that at launch, burned out on garrisons and not much else to do, then came back later once the flying update had dropped and settled down to pursue that, enjoying it quite a bit.

Seemed like a plan.  I mean, how hard could it be?  This was just WoW after all.  So I activated my account, logged back in, and found Earl logged on and working away.  Amongst the people I know who play WoW, he is the most dedicated.  Everybody else logged out and went away nearly a year ago, but he carried on.  He has more fully upgraded alts than anybody I know.

Anyway, activating your account again is easy enough and soon I was logged in and standing around in Dalaran wondering what in the hell to do.

This is always the problem with returning to an MMORPG, at least for me.  It is like the knowledge gap that opens between seasons of Game of Thrones, where you go away with most characters solidly in mind only to show up a year later having skipped the “previously on…” segment and wondering who half the people getting lines and screen time are.

I left myself in a state with most of the initial zones done, save for Suramar, but a dozen or so quests dangling in various states of progress.  That gives me something to “do” but not the feeling that I am getting on track to make progress on the whole flying thing.

I started off by just trying to pick up threads left dangling in the form of quests.  This didn’t go horribly, though my attempts to go straight across country to a couple of locations sent me off in odd, sometimes bad directions.  At one point, thanks to me being clumsy, I managed to vault over a barrier no doubt placed there to keep people from falling off of what looked to be the highest waterfall I have ever seen in WoW.

Of course, I couldn’t get back over the barrier and, bowing to the inevitable, went over the falls. 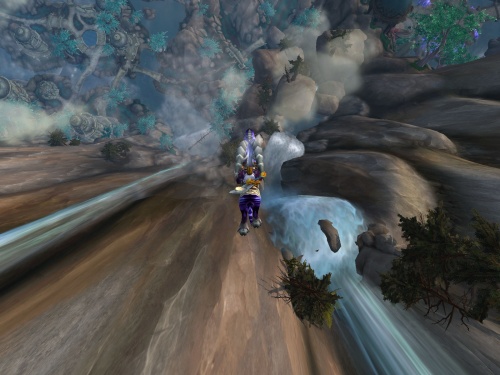 Such a long way down…

There was a respawn point very close by however, clearly anticipating the falls of fools like me.  If only I had that engineer parachute thing… or remembered that I was an engineer and could make such a thing before I reached this point.

Also in my attempt to pick up threads I managed to get the paladin tank artifact shield. 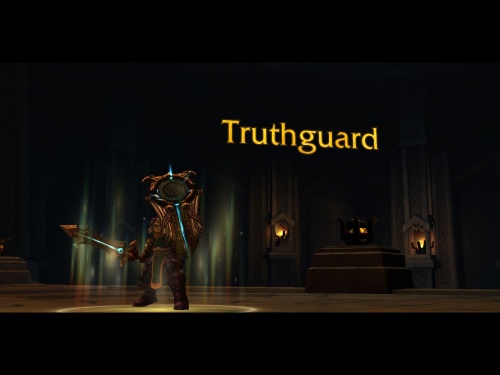 Guards you from the Truth at least as well as CNN

I wasn’t actually trying to do that.   It was just another quest I had started on already and thought it might have been a class order quest or something that would further my way forward towards flying.

Eventually I stopped trying to just wing it from memory and breadcrumbs.  I was starting to think that just starting from scratch in the Broken Isles with another character might be the best plan.  But then I started looking stuff up on the internet.  That led me to WoW Head as usual, which reminded me of their tracker for getting flying in Draenor, which they have updated to include Legion now.

That started me off in a more constructive direction… like getting to Suramar to do the quest chains there.  I never quite got there before.

Even that had me stumble a bit as I had done the first couple of steps for the lead-in quest chain for the zone, but then for some reason dropped it.  Fortunately Khadgar was holding it for me and once I found him again in Dalaran I was off to Suramar and on track. 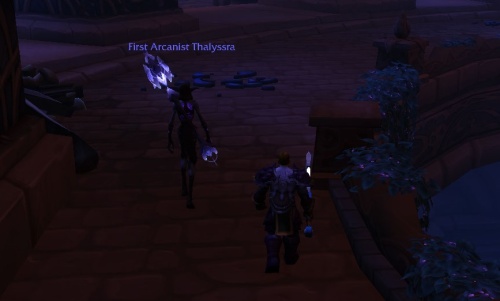 Okay, this is the right path now…

That got me through the introduction story and into the actual quests for the zone.

Yellow punctuation is all I really need, right?

That also got me introduced to the Nightfallen faction, residents of the zone, so I could begin working on reputation with them for one achievement and to unlock world quests for another.

That was all I needed, a nice solid foundation from which to work.  A zone of quests to follow and some reputation to grind works for me.  I still have to figure out the class order quest thing, but at least I am making progress.

Meanwhile, some things surprised me a bit on arrival in Azeroth.

When I left I was bitching about how I was getting drops for 50 to 250 artifact power to upgrade my copy of Ashbringer, the ret pally artifact weapon, because I had hit a point where the cost to unlock had jumped up to an incredible 8,000 power.  So imagine the look on my face when I started seeing drops and quest rewards that included artifact power boosts like this: 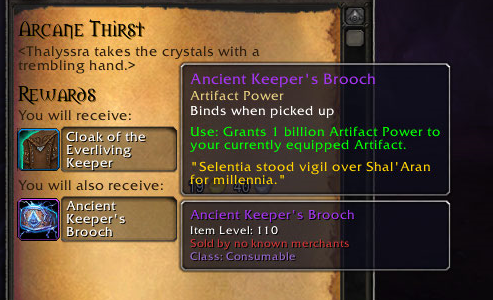 So my Ashbringer went from being miles to go to being fully upgraded in fairly short order, with no doubt enough left over to upgrade the artifact weapons for the other two Paladin specs.  Achievement unlockd and all that.

Anyway, I seem to have found a path to follow.  After a couple of evenings flailing about and falling off of things, I am no longer feeling lost in Legion.  I think I have made it over the usual hump that comes with returning to an MMORPG and trying to figure out where you left off.