The EVE Online monthly economic report for October is out, confirming at least that CCP Quant remains on staff at CCP.  And out in Delve it seems that the Rorquals are running all hours of the day to burn down rocks for ore, as it leads the charts by a significant margin over any other region.

CCP Quant has provided an additional chart to help visualize the mining gap.

By my back of the envelope tally, roughly one third of all mining value in New Eden came out of rocks in the Delve region.

Value of ore mined is determined by the market value of the ore, so that the number is up from 12 trillion ISK in September to 16 trillion ISK in October might not necessarily mean more ore mined.  Unless the price of ore and minerals went down this month, and they did. 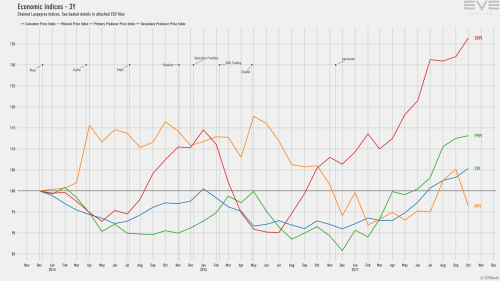 Mineral prices, having jumped in August and September, were down in October.  So the boost in mining output might have been an attempt to cash in on rising prices, leading to enough pressure to push down the recent highs.

This was all pretty much in advance of the Lifeblood expansion which came out on October 24th.  Next months report should begin to show the impact of the new moon mining mechanics on mining output.

On the bounties front Delve again led the pack. 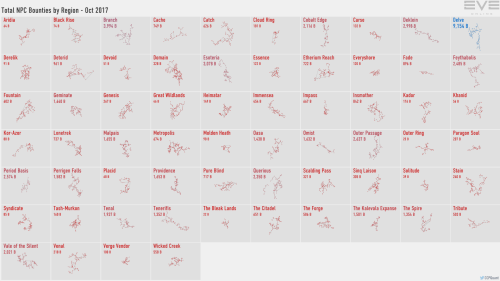 However, the lead by Delve on bounties wasn’t anything like the lead in mining.  Again, a new chart to help compare.

Delve is more than double its nearest competitor… no deployments or wars in or around Delve to slow anybody down right now… so it is all go go go for ratting.

Overall bounties remain mostly a null sec thing, with 92% being paid out there. 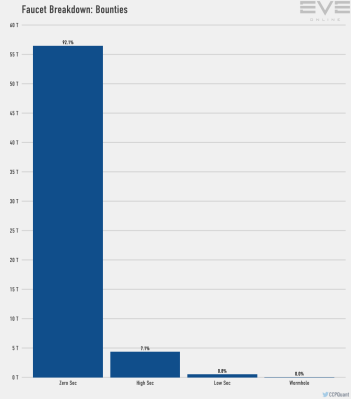 Meanwhile, on the overall sinks and faucets chart bounties have again crept up to nearly their previous all time high, leading one to wonder if CCP is going to need to nerf super carrier and carrier ratting some more.

Overall bounty payouts for October were only 3 trillion ISK higher than September, but the trend is worrying.

On the production front, Delve remained a significant player. 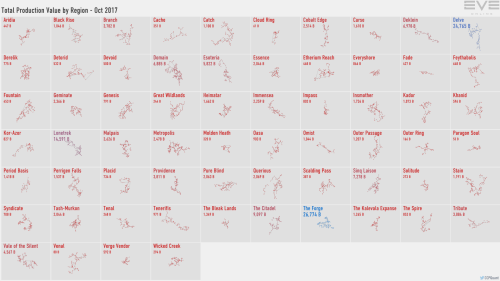 Once more we have a nice new chart to help visualize how regions stack up. 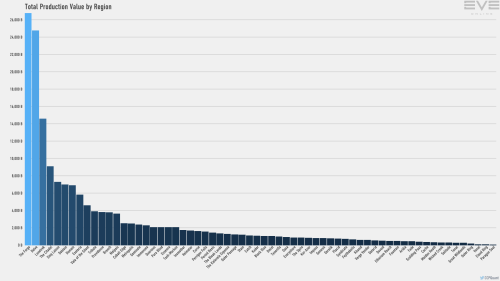 The Forge region is out in front, and regions around the Jita trade hub (The Forge, Lonetrek, and The Citadel) dominate production, but Delve is not far behind when measuring individual regions. 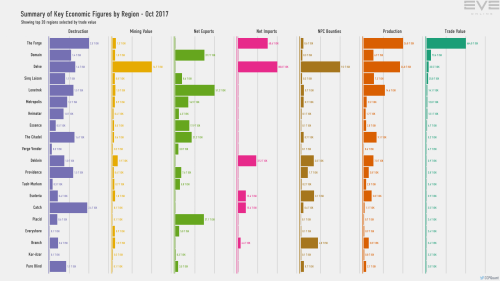 Sitting in Delve, mining, ratting, and building, one might wonder what we plan to do with all of that economic might.  It has been very quiet down in the southwest for weeks now.

Anyway, these charts and more are posted, along with the raw data, here.