Asher called it while we were still docked up long before the fight.

Having suffered the humiliation of yet another defection which, among other loot, involved us ending up with a Keepstar they had yet to deploy, the Guardians of the Galaxy coalition was rightfully pissed off and so formed up better numbers than usual when it came time to contest another Raitaru coming online on grid with their Keepstar in DO6H-Q.

They were not out in huge numbers, the sort of numbers a shared feeling of righteous fury would bring.  But it was more than we’ve seen in a while and it was more than we were able to field.  We were especially short on logi, undocking with only eight Guardians in the chain channel, about half of the number we’ve been working with recently.  Two more caught up later, but I am not sure the last one to arrive got in the fight before our logi was toast.

Still, we formed up and rolled out for DO6H-Q, arriving with plenty of time to spare before the event.  As we hung on on structure we could see the enemy forming. 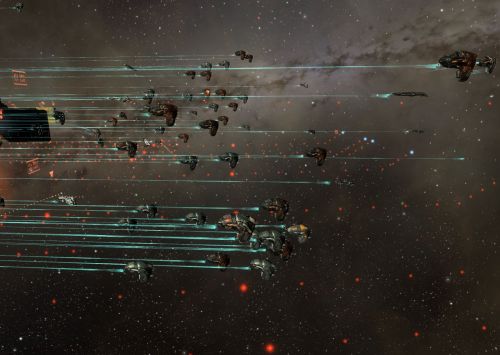 Calm before the battle

As the time drew near we could see their Eagle doctrine ready to go again, with capital support in the form of carriers.  I thought that the numbers against us were enough that we might not take the fight.  But we were there and the time was set and Asher seemed keen to test them, so we broke tether, leaving safety to warp onto the repairing Raitaru.

The first thing we had to do was chase off the fighters already there and set to attack, the plan being to use the carriers to hit the structure while the Eagle fleet kept us busy.  But the Eagles weren’t coming for us yet so the fighters had to withdraw for the moment or get chewed up by our drones.

Then the Eagles were in play and we started warping around the grid from point to point, looking for an optimal position from which to fight them. 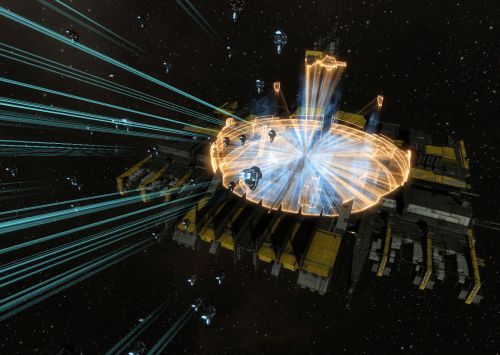 Bouncing off yet another deploying Raitaru of ours

That went on long enough that Asher wondered aloud on coms if they really wanted to fight us or not.  But they did want to fight us and, after a few more warps the fleets began to grapple.  We, as usual, went after their support ships first.  You can see in the battle report that we stripped out their tackle, boosters, and some of their logi.

They did the same… after a bit.  For some reason they were hitting Ishtars early on, leaving those of us in the logi chain to scramble in order to save people.  The Eagle fleet didn’t have enough burst damage to alpha any of us off the field, but their rail guns were chewing through armor quickly enough that it was tough to save anybody.  Waiting for armor reps to land, which they only do at the end of the module cycle, meant often seeing ships wink out from my UI before they could be saved.

Then they turned on the logi and we were then quite busy trying to save ourselves.  I managed to get reps onto my down chain logi partner early on, which was enough to get him reps in time and make the enemy swap targets, but the pressure began to tell.  Soon one Guardian was down, then another, and with each one gone the rest became that much easier to kill.  You can tell how busy I was because I only took the two screen shots above during the whole fight.  No time to gawk with my head out the window looking at space.

My turn came.  I had my hardeners pre-heated and when the yellow boxes began to blink on my overview I turned them on.  I broadcast for armor, but by that point there were only a couple of Guardians left.  I was probably gone before reps could finish their cycle and then I was out and about in a pod.  I warped for one of our structures, then headed for the gate and the few jumps back to our staging to get another ship.  The enemy was fully engaged with our fleet, so the route home was clear at that point.

I sat docked up and listened to comms.  Asher was still maneuvering, trying to find weak spots from which he could extract another kill.  Eventually though, the loss of logi, tackle, and other support meant the end of the fight for us.  The enemy was not keep to let him go, looking to get more kills while they held the advantage.  The straight route home was blocked by that point and Asher led the fleet on a round about march back to our staging, losing a couple of stragglers along the way but still bringing home the bulk of the fleet.

In the end Guardians of the Galaxy won the day.  For us the objective was lost, the Raitaru destroyed, and the ISK war tilted against us as well on the battle report.

There was about another 1.6 billion in ISK lost on our part during the extraction and move back to our staging, which puts the ISK balance clearly, if not overwhelmingly, in their favor.  GotG has their own after action report up on Reddit.  A victory for them.

But another day has dawned already and more citadels will be coming online.  Our time in DO6H-Q is not done yet.  And it is worth noting again that we are taking these fights to them, in their staging system, on grid with their Keepstar, with fleets of between 70 and 100 pilots.

Granted, there is a pile of suicide dreadnoughts waiting for a few stray supers to show up, but it still seems like they could undock capitals in force and shoo us away without much effort.  They could clear their Keepstar grid in a week or so and be done with that nonsense.  This was, after all, the same group that just a couple months ago was bubbling our station and trying to camp us in with capitals and supers. 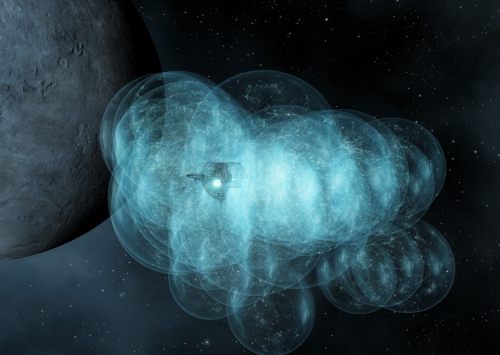 Our staging, not all that long ago

We shall see if this new resurgence is just temporary or not.