The news apparently leaked on Reddit from a disgruntled source so the official announcement is now out over at Imperium News: The war is over.  We have blown up enough stuff in the north and now we will be headed home. 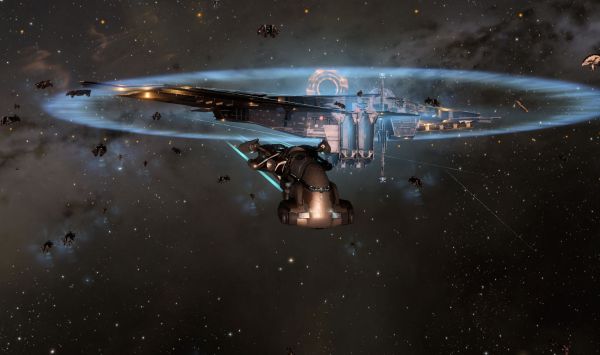 Destruction in our wake

A deal has been struck between the Imperium and Guardians of the Galaxy.  The tale of how it came about, starting at the CSM summit in Iceland, is laid out by Aryth in the linked post.

So there it is.  The Imperium will be taking payment in the form of faction Fortizars to leave the north.  As I noted in a previous post, my impression was that we were pretty much done in the north for the time being once the CO2 Keepstar went down.

In a talk over at Talking in Stations last night (recording here) Sort Dragon spoke about the agreement.  Apparently Ayrth first asked for straight up payment of ISK, which GotG didn’t have handy.  But they had those Fortizars, many of which came from outposts that the CFC/Imperium planted back before we were kicked out of the north as a result of the Casino War.

On the Imperium side there was a fireside chat last night (recording here) where some additional details were spelled out.  The whole deal was supposed to remain secret, allowing GotG to save face.  However, RiotRick from Slyce decided to spin the narrative of the Imperium leaving on Reddit leading to the whole thing becoming public.  I am sure it would have leaked eventually, but you know who to thank for all of us getting the word early.

Asher spoke for a bit, specifically clarifying that while we have agreed to leave the north for a month, the only longer term arrangement is with GotG.  There is nothing longer term with NCDot, Pandemic Legion, Pandemic Horde, and certainly not with Circle of Two.  He also mentioned that, after some time in Delve to mine and rat, that there is another target in mind.

The war itself racked up an impressive amount of structure kills.  According to a tracking thread on the forums the citadel count was something like:

On top of that there were 10 Keepstar kills along with another one that was stolen:

Some of those bleed into the southern front, where activity largely died down after the the attack on TEST ground to a halt on the second Keepstar in ULAX-3.

And of course there were titans, supers, and hundreds of dreadnoughts lost on both sides as well, leading to a butcher’s bill in the trillions of ISK for the war.

The monthly economic reports for September and October should be interesting.  With the Imperium returning to Delve and the north free of our presence, I expect we will see a surge in mining, ratting, and production in a number of regions.

Now I have to figure out what I am going to do.  The Reavers SIG has been in the north since November of last  year, so while there is talk of the last two month, fighting in the north has been my reality for nearly a year, with only a few short breaks.  SIGs and squads are part of the agreement, so we will be headed home as well.

But according to Asher on that recording, we’ll have a new task soon enough.

Other news items on this: