After having caught the first move op back to Delve last week I wasn’t sure what I was going to do with myself in New Eden.  I haven’t ratted in over a year, and I haven’t mined in much longer than that, and have no desire to do either.  When you see those Delve numbers on the monthly economic report, I contribute nothing to those two categories.

Meanwhile the peace in the north has meant few strategic operation opportunities.  I like strat ops because the have a goal and I am a very goal oriented person.  Roaming just to roam, unless it is with Reaver, isn’t something I enjoy.

Fortunately it appears that NCDot was looking out for me.  It must be because I am friends with Matterall.  They left a couple of Astrahus citadels in Aridia set for US time zone timers, so when a fleet went up to go shoot them I was awake and ready to go.  It was going to be Hammerfleet doctrine, which is built around the Ferox battlecruiser, which meant that I would get to show off the Cordite Blossom SKIN that CCP briefly offered as a fundraiser back with the September update. 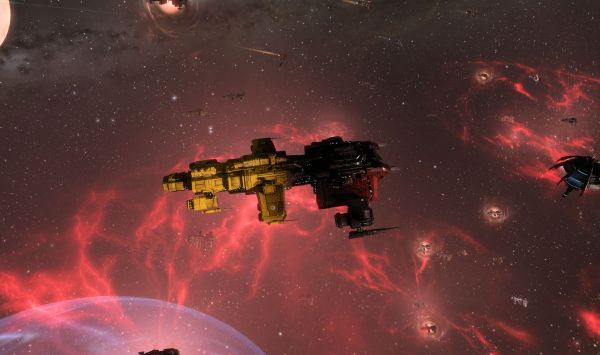 The fleet was under Dave Archer and, of course, he didn’t tell us what we were up to, just that it was a strat op.  The presence of spies and the requirements of operation security means we rarely get told much until something is already happening.  But that it was a strat op in a doctrine that is often used to shoot structures, and because there was a small carrier op under Zed Starshine going with us, it seemed like a good bet that there was a citadel out there that needed bashing.

And that we took the jump bridge to 1-SMEB pretty much guaranteed it was in Aridia.  So off we went, shepherding the slower carriers that would be used as the firepower for the shoot.  Getting there went smoothly, except for the point when somebody in the fleet set off they cyno by accident. 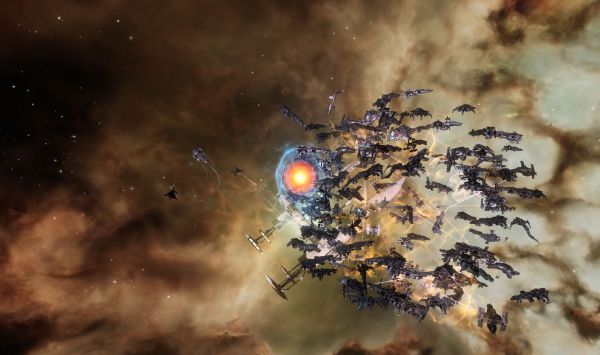 That wasn’t what he meant to do

That sort of thing doesn’t happen as often as it could.  But it was quiet enough in the area that we left him behind and he was able to catch up.

The Astrahus itself was being gunned, so as we orbited the structure it threw various things at us.  For the most part that kept logi awake with something to do. 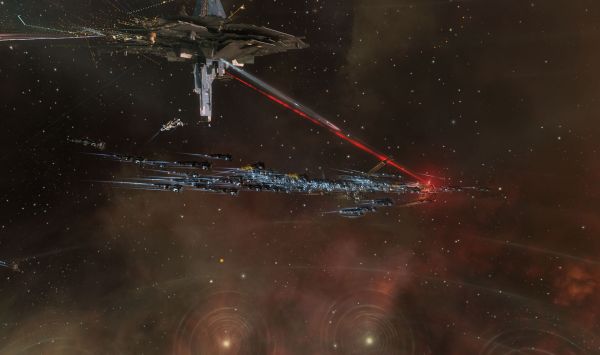 Paints and webs on somebody

The unaware and incautious were in trouble however.  Small stuff had to warp off to stay safe and the few people who did dumb things, like lighting their microwarp drive when a bomb was coming in, paid the price.  But losses were minimal.  When the heard had been culled of the incompetent the gunner started in on our drones and we had to pull those and pick up with guns.  However the fighters from the carriers carried on without issue.

Unfortunately, this shoot was just for the armor timer.  There was no kill mail to be had.  The kill was set for three days down the road. 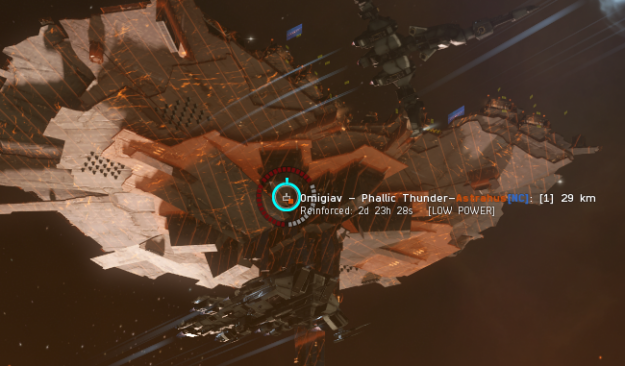 Then we moved to another system and did it all again, shooting another gunned Astrahus to take care of another armor timer. 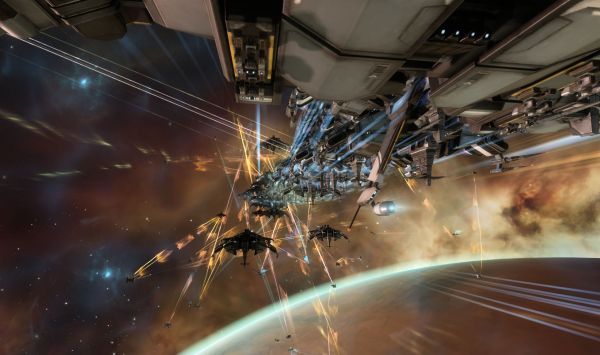 The Ferox line and a planetary atmosphere

That set up another timer for a kill next week.

After that it was a quick run back to 1-SMEB where the carriers could jump and we could take the jump bridge back home.   So I managed to get in on at least one fleet this month and helped clean up some hostile structures.  We’ll see if I remember to check for the fleet that will go get the final timers and the kills.