Today is the start of EVE Vegas and when this post, scheduled in advance, goes live I will probably be on a plane for the short flight from Silicon Valley to whatever euphemism you care to use for Las Vegas.  Though, given the actual layout of the boundaries in the area, it is debatable whether or not I will spend even a moment in what is actually Las Vegas while I am in Las Vegas.  Call it a trip to Paradise instead I guess.

So while I am traveling I have some bullet points to post about.  This is good for current me, as these posts are easy to put together.  Future me, writing the month in review post in October 2019, will hate this because it is a pain to reference multiple topics in a single link in my usual format.  Current me is always burdened by the actions of past me and generally seems unconcerned about sticking it to future me.

The Pearl Abyss acquisition of CCP closed a week ago, on October 12th. 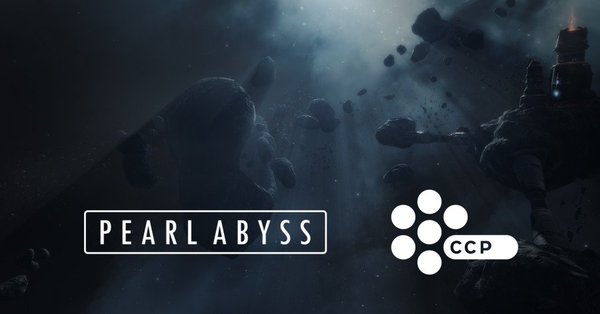 Together for reals now

So far the new owners have managed not to burn down New Eden with horrible game-breaking pay to win schemes.  Yes, they haven’t had much time, and they have an opportunity this weekend to spring that sort of stuff on us at EVE Vegas, but if you read some of the panicked threads on /r/eve after the acquisition announcement you might be surprised that New Eden isn’t already a cash shop dumpster fire.

Back on Monday it looked like there would be something interesting going on in high sec with war decs sprouting between null sec groups looking to battle over the trade citadels in Perimeter, a system just one jump from Jita.  TEST even dropped a Keepstar in the system, a first for high sec space. 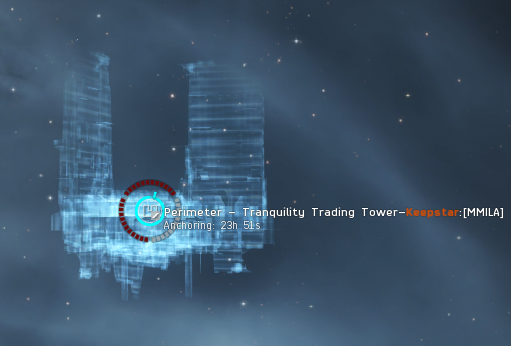 However, Pandemic Horde, who previously held the Perimeter PLEX and Skill Injector market, announced to their pilots that they would be punting on defending this source of income, as well as any income from their home in Geminate, in order to concentrate on attacking the Branch region.  Branch is where GotG had to send the ratters and miners during the war in the north when Imperium forces were working to suppress such income generation in Fade, Deklein, and Pure Blind.

So TEST will be taking over the Pandemic Horde markets in high sec without a fight.  The TEST citadels are online and offering a very low tax rate, while the PH citadels look to be headed to destruction.  Hail to the new boss, same as the old boss, only at a slightly discounted rate.

CCP has been bringing up the idea of a 64-bit client for over a year now.  It was part of the justification for shutting down the captain’s quarters and the built-in Twitch integration.  But I noticed earlier this week that the idea has made it to the Updates site, along with some other items we’ve been expecting, as part of the Winter update.

A 64-bit client would help players during large null sec fleet battles as it would be able to access more memory.  The current 32-bit client dies at just past 3GB.  And anything that would make those battles more viable would be good for CCP, since they are pretty much the only things that gets the company publicity lately, barring being acquired by yet another company.

When will we see this and the other things planned for winter?  I am sure we will hear more about that at EVE Vegas.  But, while winter may be coming, it doesn’t actually start until December 21 and runs until March 20 in the northern hemisphere, though emotionally I would accept any date in December as counting as winter.

The usual MER for EVE Online is running late this month.  Posting about the changes and economic imbalances has become a monthly staple here, so I hope they haven’t given up on it.  I suspect that prep for EVE Vegas has gotten in the way, but maybe we will hear something about that at the event.  With my luck it will probably get posted while I am driving to the airport rendering this bullet point moot.  But that is why I hid it in the middle.

Holiday events are always a bid odd in New Eden since playing the game mostly amounts to being in outer space.  And, in any case, CCP has been sporadic in its acknowledgement of holidays for most of the life of the game, save for maybe the time around Christmas.  But they seem to be settling into a routine, with the Crimson Harvest event, a pseudo-Halloween thing, coming again to the game.

As has become the norm, this event comes to you as part of The Agency interface where you will get tasks to earn points to collect prizes.  This year there is a mention of mining as an option in addition to combat as well as being able to construct your own cerebral accelerators.

I don’t know what that really means other than CCP is trying to make these events appeal to a broader range of players.

And, as a “screw you” to future me of next year, I can’t even keep the whole post focused on EVE Online.

The Days of Summer event in EverQuest II which, among other things, yielded a comically overpowers armor set for my recently turned level 100 character, is coming to an end.

I’m here for the event please

As with baseball, summer seems to run well into October in Norrath but comes to an end eventually.  So if you want to get the last quest, which takes you on a tour of Lavastorm, it is time to head to the Sundered Frontier zone and pick it up from Yun Zi.  If you don’t pick it up now… well… I really don’t know.  Does Yun Zi and his vendor Pas Yu go away at the end of the event, or do they just sit there handing out quests and updates until next summer?  I don’t know if Days of Summer, despite having a seasonal name, is treated like a seasonal event akin to holidays or if it is different.  Welcome to Norrath.

It is like I don’t even care about future me.

In the land of Pokemon Go Niantic has unleashed the fourth generation Pokemon, the ones introduced with the first titles on the then fairly new Ninetndo DS handheld, Pokemon Diamond & Pearl.  So I now have the first starter Pokemon I ever chose, Piplup.

I think if I catch a Shinx and show it to my daughter she’ll start playing Pokemon Go again.  That was her favorite Pokemon ever.  Time to test that theory.

So that is it for bullet points.  Monday’s post will likely be some sort of news round up from EVE Vegas.  I don’t care enough to lug a laptop with me to post live updates, so my scribbled notes and vague recollections will have to do.