From the launch of the original Warcraft: Orcs & Humans back in 1994 through until this year Blizzard has had a pretty amazing run of success.  They seemed to have the golden touch, producing best seller after best seller. 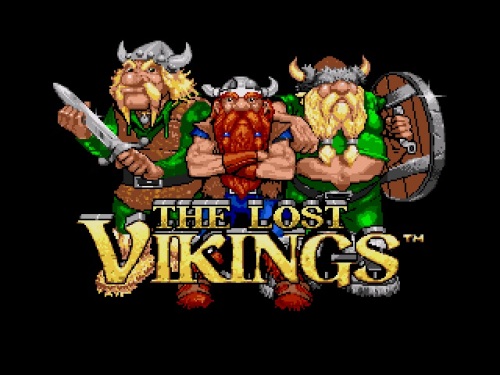 Seriously, people bitch about Blizzard and make pretty silly claims about their games.  I especially roll my eyes when we get into the “WoW is dead” area of conjecture.  A game that makes the top ten for digital revenues every single month… a game where they split it into east and west and both sides took a spot on the top ten… is not a dead game or anywhere close to dying.

When you peel away the complaints about Blizzard that are based on the fact that somebody doesn’t like a particular game because it either doesn’t cater directly to their needs or competes against a game like or has changed over time you really aren’t left with much.  Even the Diablo: Immortal fiasco from BlizzCon was more about introducing it to the wrong audience

But now we have Blizzard actively backing away from one of their live games.  In an announcement last week the company said that they were shifting some development resources away from Heroes of the Storm and on to other projects.  In addition the HotS leagues, the Heroes Global Championship and Heroes of the Dorm, would not be returning for 2019, leaving some esports professionals out in the cold.

This is strange new territory for Blizzard.  This is an online game that they give away for free, making money via the cash shop selling heroes and cosmetics.  They cannot just abandon it… and have, in fact, said that they are not abandoning it… but the cadence of new heroes and such will be slower.  The game will still be around, for now, just without as much attention paid to it.

Heroes of the Storm has had a long, strange trip, and one unlike many other Blizzard titles.

Its genesis was in the Warcraft III mod Defense of the Ancients.  That mod inspired what would become Riot’s League of Legends, released in 2009 and would get Valve to hire the group that made the mode to create a stand alone version that ended up being DOTA 2.

Meanwhile Blizzard, whose game had managed to set the whole MOBA genre in motion, was still neck deep dealing with the overwhelming success of World of Warcraft and trying to get back to their core audiences around StarCraft and Diablo.  Blizzard had some catching up to do.

There was a StarCraft II mod called Blizzard DOTA and it was clear that Blizzard had plans to get into the MOBA scene with a game of the same name.  They got into a legal scrape with Valve over use of DOTA in the title which ended up with Valve keeping DOTA 2 as a name and Blizzard changing their title to Blizzard All-Stars while retaining the right to use the DOTA name.

Blizzard also bought the Riot subsidiary DOTA All-Stars, which had been servicing the original Defense of the Ancients mod.  Then Blizzard changed the name of their game to Heroes of the Storm.

But it wasn’t until early 2015 that Blizzard looked to be finally ready to go with Heroes of the Storm, announcing a founders pack that would get you some special heroes, skins, currency, and access to the beta.

By that time Raptr was reporting that what would ultimately be the key competitors for the game were already pretty well entrenched.

And here is where SynCaine makes a key point.  By the time Heroes of the Storm rolled onto the scene, Blizzard was not facing an almost unclaimed market the way they were when Warcraft or Diablo launched, or a market with no clear leader, which Hearthstone faced, or even a market where the leader was assailable, the way EverQuest was when World of Warcraft launched.

Instead they were wandering into a market where the market leader had been allowed more than five years to cement its position.  Riot, for all of its faults, was no SOE foundering around trying to preserve its unexpected success.  By 2014 LoL had a huge following with millions of games being played daily.

And Blizzard had… erm… heroes from its various IPs I guess.  It wasn’t a complicated genre, so there wasn’t a lot of smoothing to be done, and Riot had the polish aspect down pretty well, so Blizz wasn’t going to stand out on that front.

I mean, Blizzard did better than Turbine, which squandered the company on Infinite Crisis, which was shut down before HotS even went live.

And for any other publisher Heroes of the Storm might have counted as a success.  It made SuperData’s top ten list for esports viewership in 2017.

But when you’re only pulling in 10% of your main competitor, and less than 25% of the second place player in the genre, then you’re barely a player in the market.  And if your Blizzard, who is used to being a player in every market they enter, that has to be something of a crisis.

So what happens to Heroes of the Storm?

If this were the 90s and the game had an offline mode, Blizzard could just leave it behind.  Though, I will admit, Blizz is pretty good about continuing to throw older games some support.  I think if you have a fully patched up copy of Warcraft II you can still get on Battle.net and find people to play with.  And StarCraft, they still have tournament play at BlizzCon for that.  But when you’re made your game require a connection to the mothership and it is right there on your corporate launcher for everybody to see, walking away isn’t so easy.

StarCraft II still gets some update, Diablo III has seasons with special gear and drops, so what will life after the change look like for Heroes of the Storm?  And how much will this foreshadow the eventual end game for World of Warcraft.  It cannot stay popular forever, can it?