This started as a response to a post over at Massively OP about the worst MMO trend of 2018.  However, a few paragraphs in I realized I wasn’t really on topic, focusing as I was on MMORPGs, since MMO pretty much means “online multiplayer” in today’s market, and I wasn’t keen to dump this much text into their comment section where about a dozen people might see it before it scrolls off the front page into oblivion.  Better to bring it over here where I can regret it again later. 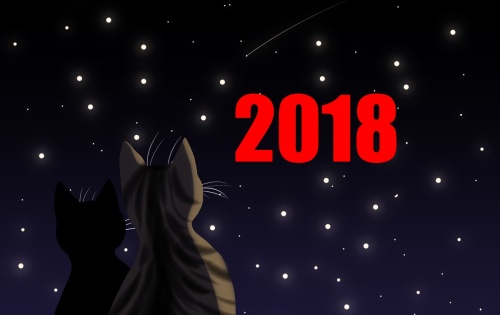 The most disappointing trend for me isn’t really a trend, but more the realization that MMORPGs are a trap for most studios, a tar ball that they find they’re stuck with once they have one. An MMORPG can bring in money, sometimes lots of money, but they have expensive infrastructures to maintain and they need a continuing stream of content to hold enough of an audience to keep them viable. They can eat up all the focus of a smaller studio, so they neglect or never start other projects because you have to keep feeding the monster or it will stop crapping out money.

But the population peaks, often very early these days, and then every content update pisses somebody off and they go away like it is a game of musical chairs and each patch is another point where the music stops. Or it would be like that if people wouldn’t also leave if you don’t patch often enough.  You can’t sit still or you will lose players and you can’t change anything or you will lose players.

Meanwhile MMORPGs have only gotten more expensive to make, which makes innovation a risk that few can afford. And then there is the target player base which complains about every game being a WoW clone and yet will also complain even more bitterly about anything that strays from the WoW formula.

And don’t even get me started on the false hope that is PvP.  It seems like a great idea, and a true money save, to just get the players to be the content.  In reality, anything beyond a tiny, consequence free instance of PvP in an MMORPG will be shunned or ignored.  Few developers who follow that path and go in on PvP are rewarded with any success and trying to move PvP out of its tiny corner is almost always a waste of development time.  Add in a capture the flag arena game… or a battle royale game these days… and move on.

The customers are no better, myself included.  The loud demographics that haunt any developer’s forums should serve as a warning, but if that is the only feedback you’re getting then where are you going to go?  There is always somebody agitating loudly for their favorite thing.  Some want PvP everywhere, others think your game will die if it doesn’t have player housing, another group hates walking and wants to fly everywhere, and somebody in the back seems to believe in time travel and that everything would be great if you could just teleport everybody back to 1999 or 2004 or 2007 or whenever they felt they were having the most fun playing your game.

And none of them has a fucking clue about the level of effort their one “simple” request entails.  But if you’re not doing exactly what they want or it is taking too long then you are “lazy” or “stupid” or both.

If players could keep their focus on actual game play issues it might not be so bad.  But they are on about how you charge money for this or that, with “greedy” or “cash grab” being favored terms.  They complain about how they just want to play the game and not worry about real world politics, a sentiment that is usually the opening salvo about how they’re bent out of shape that the CEO or some dev or some rumor indicates that the company has somehow transgressed the whiners personal stance on the topic of the day is; gamer gate, gender politics, overtime, unions, campaign donations, boarder walls, or whatever.  And then there are the truly loopy who see conspiracies, collusion, and corruption in the machinations of a studio that is really just trying to keep the lights on and the customers happy.

Add into the mix the players who see the genre as a zero sum game, so feel they need to constantly crap on every game that competes with their favorite.  The worry is that they might be right.

So we see studios going under, the weight of their MMORPGs around their necks pulling them down.  The revenues are no longer enough to keep them afloat, much less fund anything new, but they cannot let go because what else do they have?

Even Blizzard, long addicted to the huge income stream from WoW, once past a billion dollars per year, is in trouble now that the game is stumbling again. They don’t want to depend on WoW, but they haven’t made another game that has come anywhere close to the money WoW was bringing in at its peak.  And even their best, Overwatch, could only sustain its peak for a few months at a stretch and is now reported in serious decline.  Companies, like people, size themselves to match their income, and when it drops tough choices loom.

Someone in Blizzard at least recognized a bit of the problem, so we don’t see the company making any more MMORPGs.  But WoW was enough to distort the company and change investor expectations.  They can’t go back to selling stand alone games.  They have to keep WoW going or die, because there is no replacing it.

Game development is a bad business to start with. But at least with a stand alone game you can walk away to work on the next thing. An MMORPG never goes away, unless you have several and you have to make Sophie’s choice. Studios tied to MMORPGs die and other studios with less ambition buy the remains, put the games on life support, and try to milk the remains for some more cash. But only the unbalanced jump into the MMORPG market to create a new game and expecting happiness and success.

And so it goes.  Expect more studios to shut down operations, more games to be closed or put in maintenance mode by some third party game aggregator like Gamigo, and more loud complaining from players that if the studio had only listened to their completely uniformed opinion, then everything would have been fine.

Oh, and expect the usual level of optimism for every new MMORPG title announced because we also apparently never learn.

There, with that out of my system, let’s move on… or not.